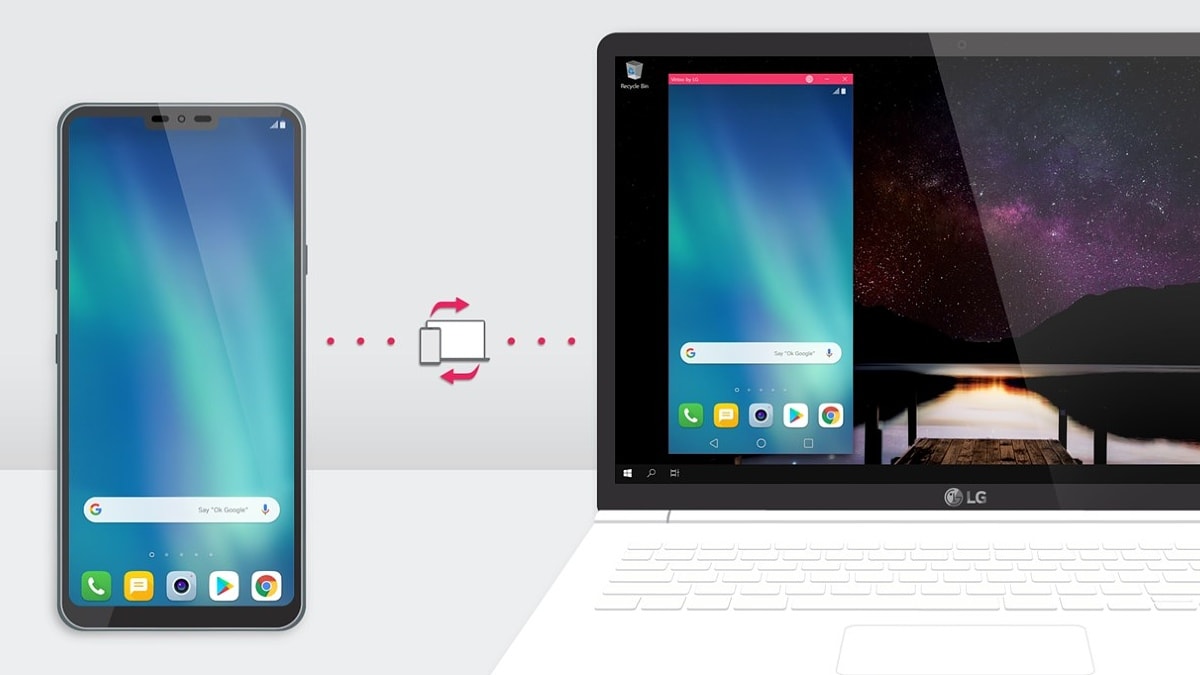 LG has launched Virtoo, an app that connects LG smartphones and PCs via Bluetooth. Virtoo by LG will let people use various smartphone functions on the PC. Users can also access their phone’s media content directly from the Virtoo PC app. The Virtoo app for LG devices is similar to Microsoft’s Your Phone app that can be used with select Samsung devices. However, the description of the Virtoo app notes that some models may not support the app, and some functions of the app may not work on certain smartphone models. The app is listed on the Microsoft India Store with a launch date of May 4, 2021. It has already been made available in the US.

Virtoo by LG is listed on the Microsoft India Store. The app description doesn’t have a list of LG smartphone models that will support the app, but notes that the LG laptop must be running on Windows 10 version 17134.0 or higher in order to use the app.

The screenshots of Virtoo on the Microsoft Store suggest that the app will let users send messages from the PC, see contacts, make calls, and more. As per a screenshot made available with its listing, Virtoo also supports screen mirroring between eligible devices. The app is listed under the ‘Productivity’ category. The description also says that Virtoo by LG could be used to ‘enjoy a more comfortable computing environment’.

Virtoo by LG is around 142.59MB in size. The app is by ‪Screenovate Technologies, also the developers of Dell Mobile Connect, an app that does pretty much the same. Both apps seem to share a lot of the functionality.


Tanishka Sodhi is a sub-editor at Gadgets 360. As a journalist, she has covered education, culture, and media and mental health. She is interested in the intersection of technology and culture, and its impact on everyday lives. Tanishka is a staunch advocate of gender equality, and the correct use of commas. You can get in touch with her via Twitter at @tanishka_s2 or drop a mail at tanishkas@ndtv.com.
More