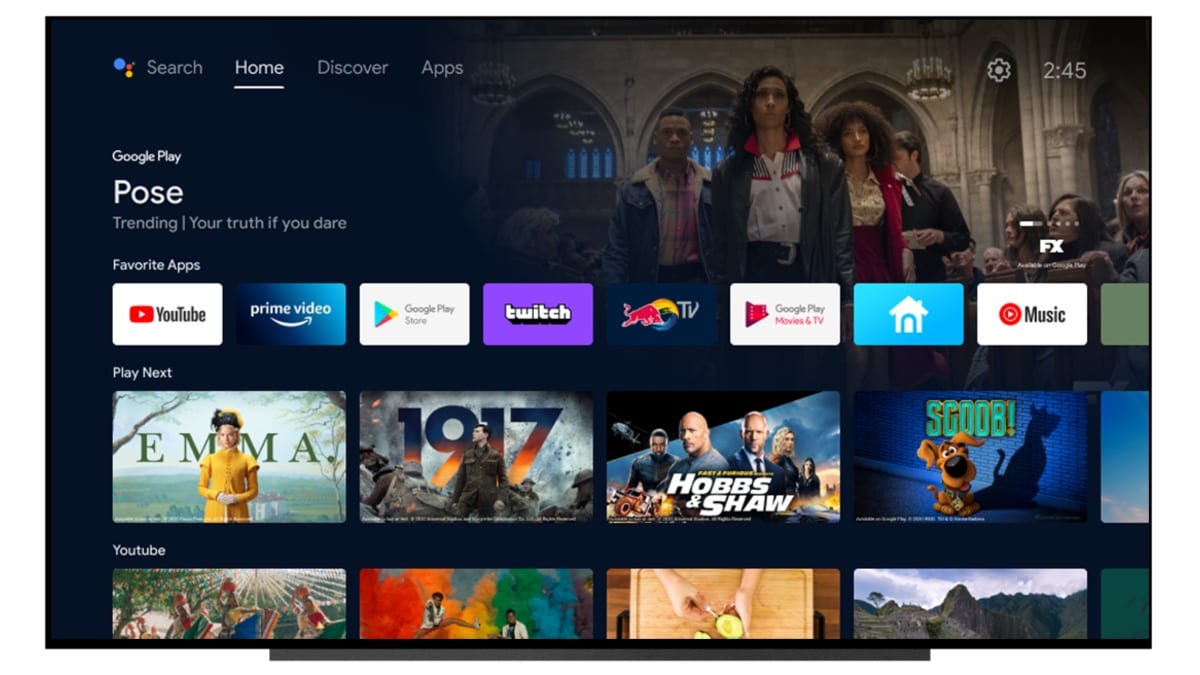 Google has released a new Android TV update that brings an all-new home screen interface, which looks quite similar to the UI available on Google TV. The new home screen interface comes with dedicated Home, Discover, and Apps tabs. In addition to the updated Android TV interface, Google is discontinuing the YouTube app for Apple TV models (3rd Generation) and earlier models. YouTube will, however, be accessible on previous-generation Apple TV via Apple’s AirPlay.

The updated Android TV interface mimics the design language of Google TV that debuted with the latest Chromecast in September. It replaces the earlier left-side oversized icons with tabs.

The new update brings Home tab that shows the home screen along with quick access to favourite apps and channels. Next to the Home Tab is the Discover tab that features personalised recommendations “based on what you watch and what interests you, in addition to what’s trending on Google”. The Discover tab shows content from all the installed apps and activated subscriptions. 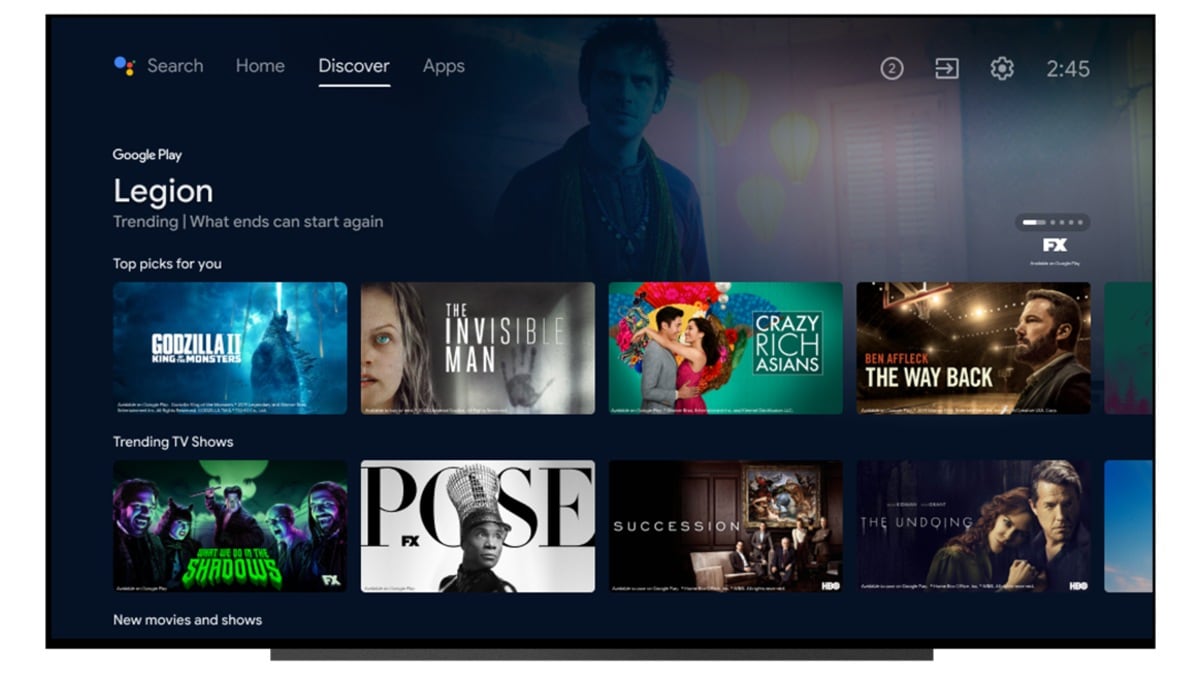 Unlike the Discover tab on the updated Android TV interface, the interface of Google TV has a ‘For you’ tab that lists personalised recommendations using software algorithms.

The updated Android TV interface also brings Apps tab that lists all the installed apps. This works similar to the Apps tab on Google TV.

Google has started rolling out the updated Android TV interface to all compatible devices in the US, Australia, Canada, Germany, and France. It will reach other countries in the coming weeks.

Alongside the new Android TV software, Google is discontinuing the YouTube app for Apple TV (3rd Generation) and earlier models. 9to5Mac reported that a message has been sent to some readers about the discontinuation that will take place starting early March. YouTube abandoned support for the second-generation Apple TV models back in 2015.

Google is instead recommending users of earlier Apple TV models to stream YouTube from their iOS devices using AirPlay. Furthermore, YouTube will continue to be available on Apple TV 4K and Apple TV HD.

Is Mi QLED TV 4K the best affordable smart TV for enthusiasts? We discussed this on Orbital, our weekly technology podcast, which you can subscribe to via Apple Podcasts, Google Podcasts, or RSS, download the episode, or just hit the play button below.

Elon Musk Had ‘Handshake Deal’ for Tesla Takeover Before Posting 2018 Tweets, Former Aide Says
Three great gadgets for every man!
Honor Magic 5 Series, Magic Vs To Make Global Debut At MWC 2023
Tech layoffs have left workers living in the US on visas with little time to find a new job #shorts
The Last of Us Part I PC Port Delayed by Three Weeks, Will Now Arrive on March 28