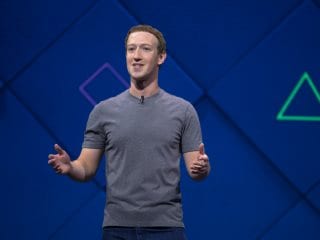 Facebook turns 17 today, February 4, and is celebrating its annual milestone “Friends Day” with a custom animation wordmark that speaks of friendship and inclusion. The animation shows a woman wearing a headscarf and a young boy connecting via Facebook and exchanging messages, loaded with friendly emoji, to show the length and breadth of the social media company’s success in the last 17 years. The giant that Facebook is today started as a college network for Harvard University students in 2004 by a 19-year-old Mark Zuckerberg, along with his college mates Eduardo Saverin, Andrew McCollum, Dustin Moskovitz, and Chris Hughes. Most of this story was explored in the movie The Social Network, but in the years since, the company had grown to be almost omnipresent; with multiple popular services including WhatsApp and Instagram, and has drawn huge criticism for spreading misinformation and hate, apart from its stated mission of connecting people.

Facebook today has an estimated 2.5 billion monthly active users worldwide with about 310 million users in India. Over the years, it has created and acquired a host of products and services, including Messenger, WhatsApp, Instagram, and Oculus that have turned it into a social media conglomerate catering to a growing online population. WhatsApp, for instance, has an estimated 1.5 billion users in the world with over 400 million in India alone. Instagram has over 800 million users worldwide.

Along the way, the company has also gotten into a lot of controversy. Most recently, a WhatsApp privacy policy update mentioned sharing user data with Facebook’s other products and services spiralled into a controversy. Facebook is also currently locked in a battle with the Australian government over paying media outlets for the news that drives traffic to its platforms.

But the biggest controversy surrounding Facebook so far has been the Cambridge Analytica scandal that had Zuckerberg depose before the US Parliament to explain how user data of 87 million Facebook users could be mined for political advertising. The US regulators recently settled the data privacy scandal with Facebook after enforcing a fine of $5 billion (roughly Rs. 38,159 crores).

At 17 years of age, Facebook can be said to be at the cusp of adulthood. With Amazon boss Jeff Bezos stepping out of the CEO’s chair, and Google’s founders also not actively involved in the day-to-day decisions of the company anymore, Zuckerberg is one of the few big tech founders of the early 2000s still in the hot seat.

Earlier on Thursday it held a meeting to discuss its policies on misinformation, and it continues to grow at a rapid clip, and is today one of the biggest players in what could be the future of technology — virtual reality.