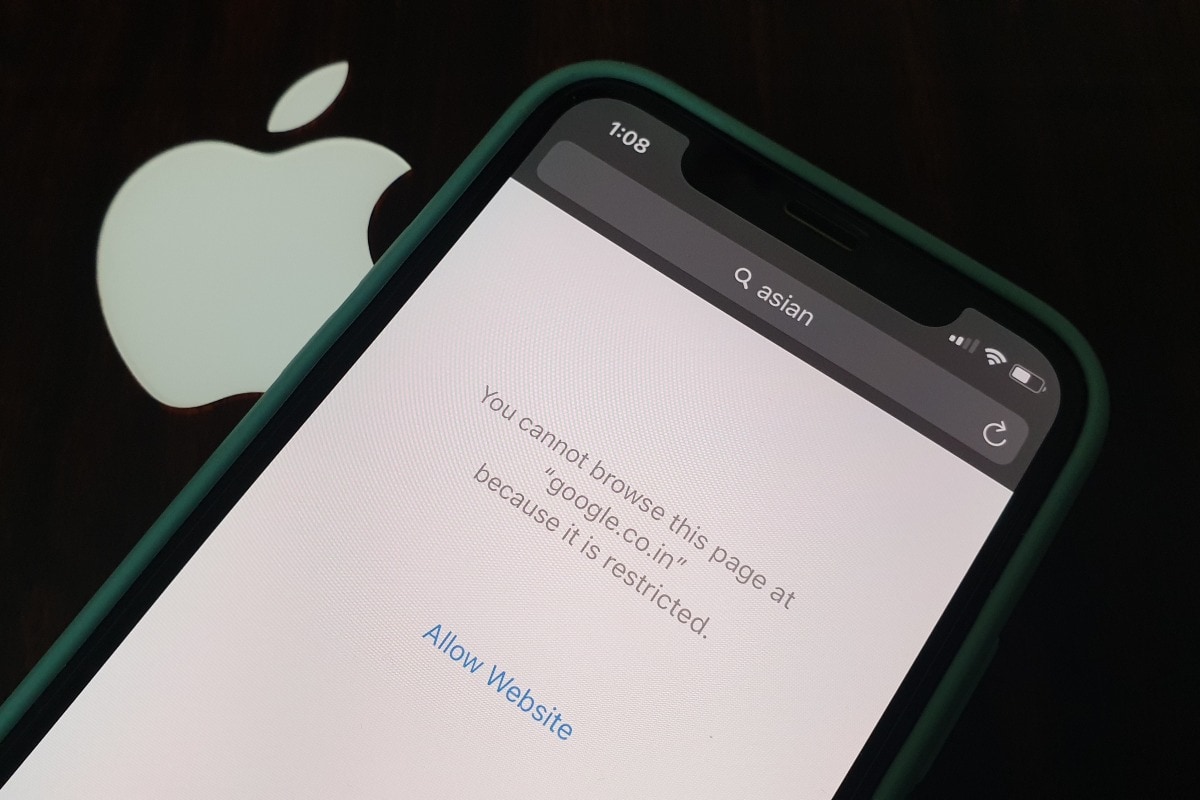 Apple’s default content filters that are available through preloaded parental controls on iPhone and iPad models are restricting users from searching for the word “Asian.” This isn’t, however, the case if a user searches for other cultures, including “Korean” and “Arab,” among others. Importantly, the restriction isn’t limited to the inbuilt Safari browser but is also in place if you use third-party solutions such as Brave or Chrome. The restriction over the word “Asian” was initially noticed in late 2019 and reported to Apple by iOS developer Steve Shen shortly thereafter. However, the iPhone maker is yet to bring a fix.

Users should be able to notice the restriction not just on the word “Asian” but also on phrases including “Asian food” and “Asian countries” once the content filters are enabled on an Apple device, as first reported by Independent. The browser in which you search with the restricted term shows a message that reads, “You cannot browse this page at ‘google.com’ because it is restricted.” A similar message appears even when you switch to a different search engine. 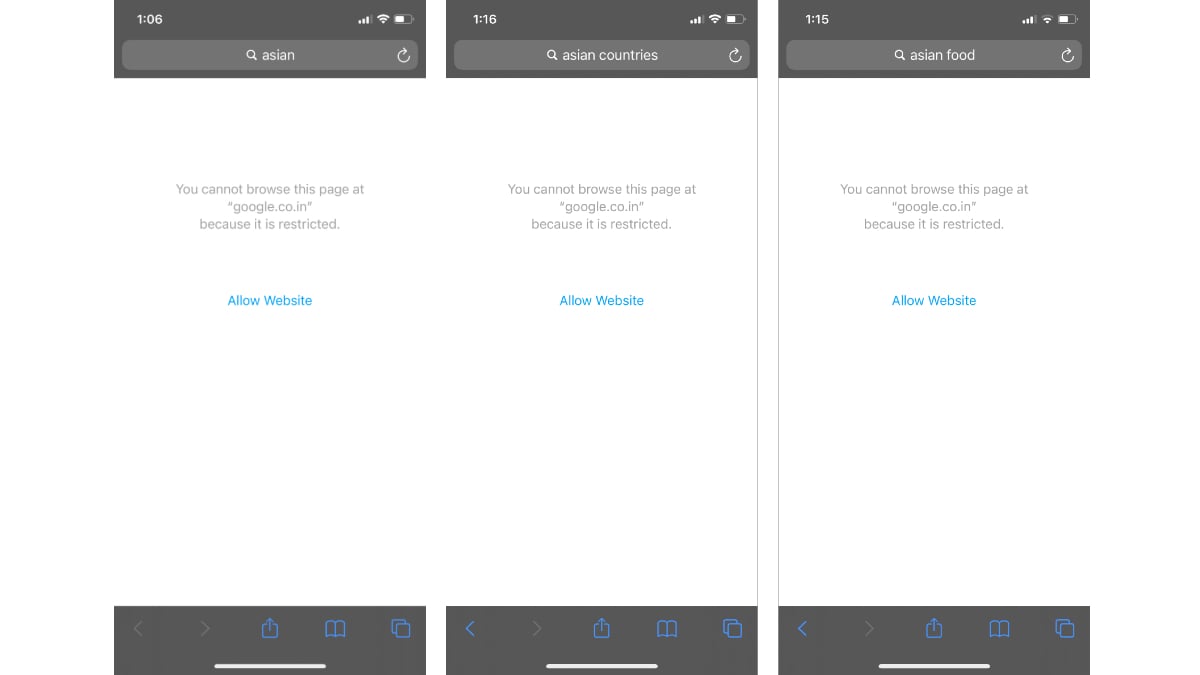 Apple is blocking “Asian” and other related searches on iOS devices

There won’t also be any change if you switch from the default Safari browser to Brave or Chrome. However, Gadgets 360 found that Bing and Yahoo are the two exceptions.

The purpose of the content filters is to restrict adult content from being accessed by children. However, it seems a little odd that Apple’s software algorithms restricting adult content have put a stop even on the word “Asian” for no clear reason.

Many pornographic websites have Asian as one of the racial categories that may have led to the reason for the Apple engineers to block that add word to its content filters. But it is important to point out that words such as “black,” “white,” “Arab,” and “Korean” are not a part of the restrictions, though those are also commonly considered by adult websites while classifying obscene content on the basis of race.

Developer Steven Shen took to Twitter to highlight the issue. He also mentioned Apple CEO Tim Cook as well as a list of technology journalists in his tweet to emphasise the problem. Apple has, however, not yet provided any details on whether it is working on a fix.

Mac devices also have Screen Time with similar content filters since the release of macOS Catalina in October 2019. Gadgets 360 noticed that the word “Asian” gets blocked on the Safari browser when the filters are enabled. You won’t get any restrictions if you’re using a third-party browser on a Mac device, though.

Gadgets 360 has reached out to Apple for a comment. This report will be updated when the company responds.

The content filters offered by Apple are apparently not that accurate since the beginning. They’re previously spotted allowing searches for bombing, poisoning, and evening getting steps for joining a terrorist group. Results were also noticed for queries around “sexual assault hotline,” though the default filters banned words and phrases containing the word “sex.”