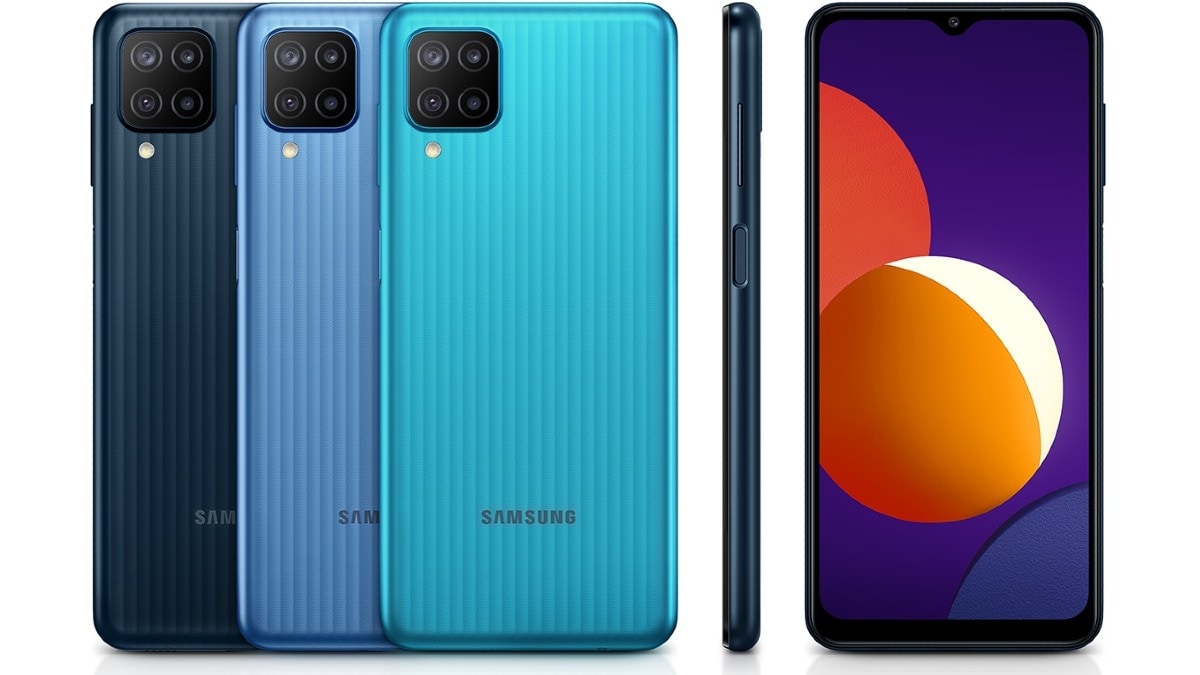 Samsung Galaxy M12 has finally been launched months after being a part of the rumour mill. The new smartphone is the successor to the Samsung Galaxy M11 that debuted in March last year. Key highlights of the Samsung Galaxy M12 include quad rear cameras, waterdrop-style display, side-mounted fingerprint sensor, and a 6,000mAh battery. The phone also comes with the company’s proprietary One UI Core. The Galaxy M12 also features an all-new metallic back that has micro motifs and soft-curved edges for a better grip in the hand.

The dual-SIM (Nano) Samsung Galaxy M12 runs on Android with One UI Core on top and features a 6.5-inch HD+ (720×1,600 pixels) TFT Infinity-V Display with a 20:9 aspect ratio. There is an octa-core SoC, which is speculated as Exynos 850 SoC, along with 3GB, 4GB, and 6GB RAM options. For photos and videos, the phone has a quad rear camera setup that houses a 48-megapixel primary sensor with an f/2.0 lens and a 5-megapixel secondary sensor with an ultra-wide-angle f/2.2 lens that has an 123-degree of field-of-view (FoV). The camera setup also includes a 2-megapixel macro shooter and a 2-megapixel depth sensor. There is also an 8-megapixel camera sensor at the front, with an f/2.2 lens.

In terms of storage, the Samsung Galaxy M12 comes with 32GB, 64GB, and 128GB of onboard storage options that all are expandable via microSD card (up to 1TB) through a dedicated slot. Connectivity options include 4G LTE, Wi-Fi 802.11 b/g/n, Bluetooth v5.0, GPS/ A-GPS, USB Type-C, and a 3.5mm headphone jack. Sensors on board include an accelerometer, ambient light, and a proximity sensor. There is also the side-mounted fingerprint sensor.

Samsung Galaxy A14 Renders Surface Online Ahead of Launch, Colour Options Tipped: Report
Activision Blizzard Agrees to Pay $35 Million to Settle Workforce Allegations
With This Wallet You Can Do Everything
Vi Rs. 99 Prepaid Recharge Plan With Access to 200MB Data Launched
US Senator Urges Apple, Google to Remove TikTok From App Stores Over National Security Risks