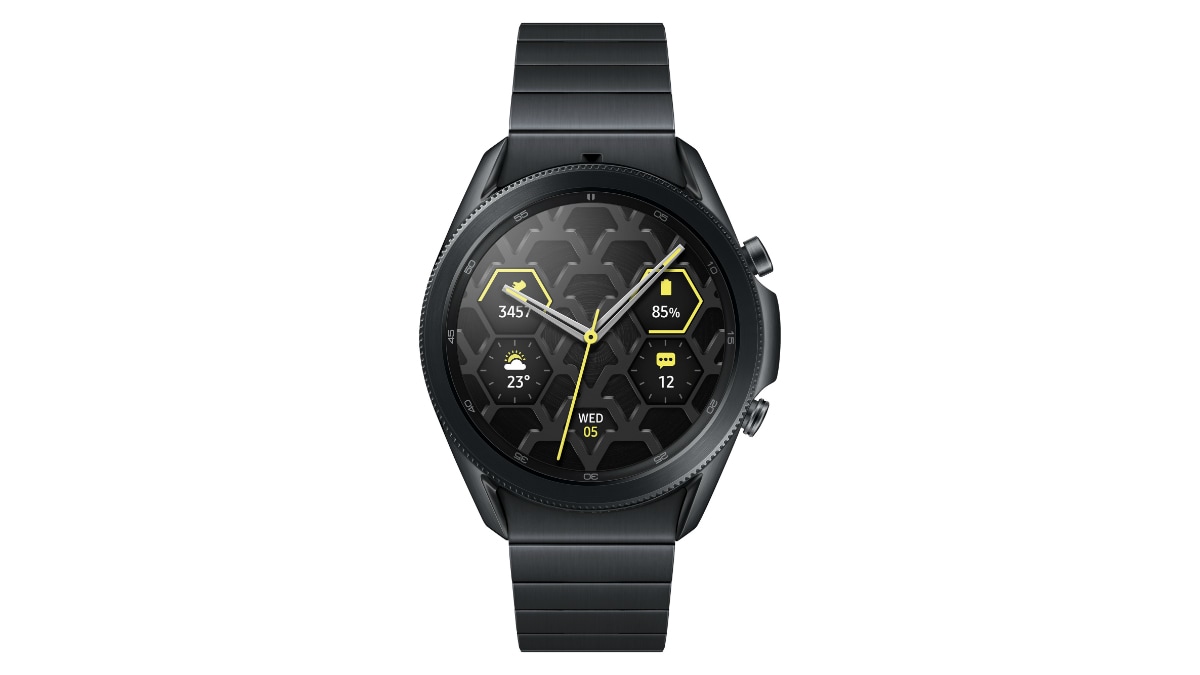 Galaxy Watch 3 smartwatch has received a firmware update that brings SmartThings Find feature which helps users find misplaced devices. The feature was previously available on Samsung smartphones, and now its support has been extended to the wearable offered by the South Korean tech giant. The update also brings improved Samsung Health Function, and group-walking challenge. There is also an update that will allow the smartwatch to detect when the wearers start washing their hands. The SmartThings Find feature was reportedly rolled out to the Galaxy Watch 2 as well.

As per a report by TizenHelp, the update for Samsung Galaxy Watch 3 carries firmware version R840XXU1BUA8. It is available to download in India, South Korea, and the US. As per the changelog seen in the screenshot shared by the publication, the update file is 74MB in size. It can be downloaded from Galaxy Wearable app. The update brings SmartThings Find feature that is helpful to locate Samsung Galaxy devices such as smartphones, tablets, smartwatches, and earbuds.

SmartThings Find uses Bluetooth Low Energy (BLE) and ultra-wideband (UWB) technologies to help find devices. The service can even be used if the missing Galaxy device is offline, as long as it has enough battery to send Bluetooth and UWB signals. An earlier report suggests that Samsung has already rolled out the feature for the Galaxy Watch 2.

Apart from the SmartThings Find feature, the update also improves stability of Samsung Galaxy Watch 3. There is an improved Samsung Health Function under which wearers can now enjoy a group-walking challenge with friends. It also adds a variety of fitness programmes for home workout. Furthermore, if wearers download the Hand Wash app, the smartwatch can automatically detect when they start washing their hands. This will help them develop a healthy habit of washing hands in the COVID-19 era.

#tesla vs #ford – the ev price war has begun. #technology #shorts
Samsung Galaxy A14 Renders Surface Online Ahead of Launch, Colour Options Tipped: Report
PlayStation Plus Collection Is Shutting Down, Players Can Redeem the 19-Game Collection by May 9
13 Coolest Gadgets That Are Worth Seeing
WhatsApp Banned Around 37 Lakh User Accounts in India in December 2022, Slightly Lower Than November