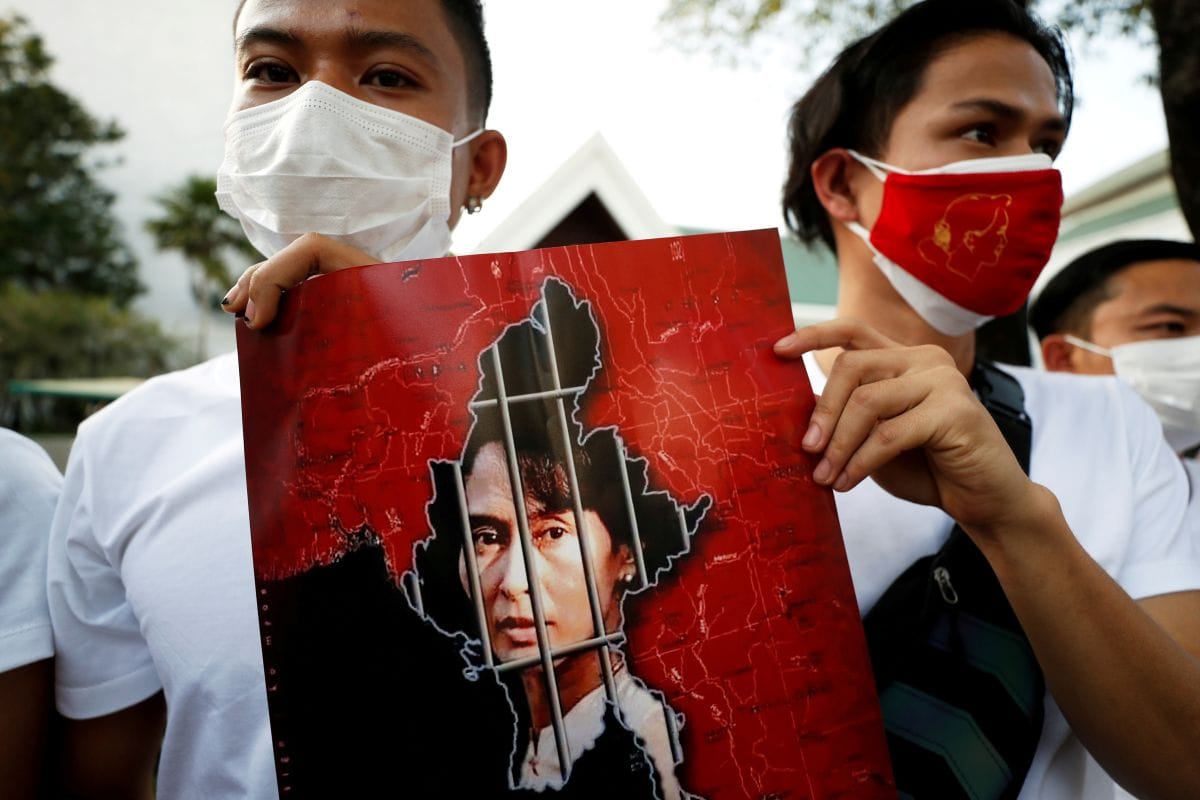 Myanmar’s junta extended a social media blockade to Twitter and Instagram on Saturday in the face of a growing protest movement against the coup that ousted elected leader Aung San Suu Kyi and halted a transition to democracy.

Demand for VPNs has soared in Myanmar, allowing some people to evade the ban, but users reported more general disruption to mobile data services that most people in the country of 53 million rely on for news and communications.

The takeover drew international condemnation with a UN Security Council call for the release of all detainees and targeted sanctions under consideration by Washington.

Suu Kyi, 75, has not been seen in public since the coup. She spent some 15 years under house arrest during a struggle against previous juntas before the troubled democratic transition began in 2011.

The lawyer for Suu Kyi and ousted President Win Myint said they were being held in their homes and that he was unable to meet them because they were still being questioned. Suu Kyi faces charges of importing six walkie-talkies illegally while Win Myint is accused of flouting coronavirus restrictions.

“Of course, we want unconditional release as they have not broken the law,” said Khin Maung Zaw, the veteran lawyer who is representing both of them.

Although there have been no mass street demonstrations in a country with a history of bloody crackdowns on protesters, a civil disobedience movement is growing and every night people bang pots and pans in a show of anger.

In addition to about 150 arrests in the wake of the coup reported by human rights groups, local media said around 30 people have been detained over the noise protests.

Disobedience
Teachers became the latest group to join a civil disobedience campaign with some lecturers refusing to work or cooperate with authorities. The movement that began with doctors has also brought in some government ministry employees.

International pressure on the junta has increased.

UN Myanmar envoy Christine Schraner Burgener strongly condemned the military’s actions in a call with the country’s deputy military chief Soe Win, and called for the immediate release of all those detained, a UN spokesman said on Friday.

The junta defended its action in a statement from the foreign ministry, saying the refusal to take action on the army’s election complaints was “tantamount to the attempt to take the sovereignty of the Union by wrongful forcible means”.

It said the army would practice “genuine and discipline-flourishing multiparty democracy” suited to Myanmar and then transfer responsibilities after a fair election.

China, which has close links to Myanmar’s military, joined the consensus on the Security Council statement, but has not condemned the army takeover and has said countries should act in the interests of their neighbour’s stability.

The United States is considering targeted sanctions on individuals and on entities controlled by the military.

The generals have few overseas interests, but the military’s extensive business interests could suffer if foreign partners leave – as Japanese drinks company Kirin Holdings said it would on Friday.

Telenor, another company attracted to invest by Myanmar’s decade of opening, said it was legally obliged to follow the order to block some social media, but “highlighted the directive’s contradiction with international human rights law.”

U.S. based pressure group Human Rights Watch called for the lifting of the internet restrictions, the release of detainees and an end to threats against journalists.

“A news and information blackout by the coup leaders can’t hide their politically motivated arrests and other abuses,” said Asia director Brad Adams.