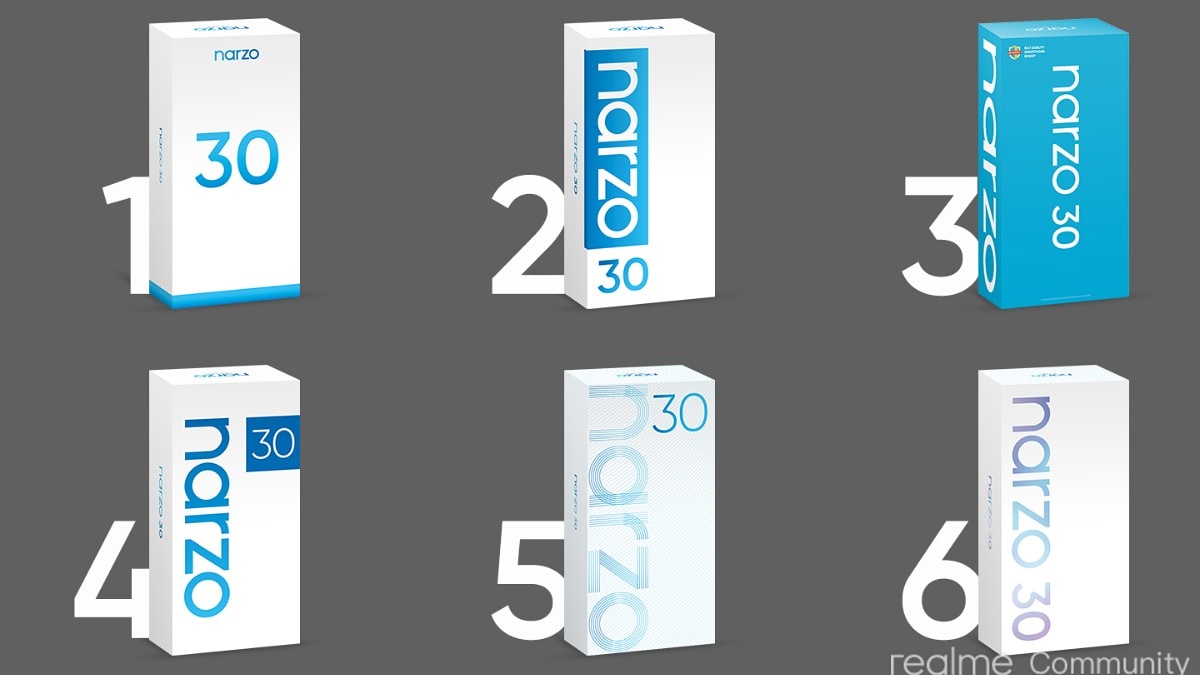 Realme Narzo 30 India launch has been teased, as the company has shared a survey asking fans how the retail box for the phone should look like on the Indian Realme community page. The company did not share any details about the phone itself at this point except for the name, but has said that fans should stay tuned for the next reveal. In the tease, Realme also shared that there are now 3 million Narzo users in India.

Realme Narzo 30 will be the successor to the Realme Narzo 20 series that launched in September last year. The company is asking for input from fans to decide what the retail box for the Realme Narzo 30 should look like. There are six options and fans can vote through the Google form here. Apart from the packaging, the company has not shared any details about the phone, except for the name.

The company has not shared any information on the release date for the Narzo 30 series but looking at previous launches, it could also debut in May. However, the company will likely launch the Narzo 30 series sooner than its typical cycle as is the case with other major brands like Samsung and OnePlus.

Realme recently released Android 11 open beta for the Realme Narzo 20 Pro in India with Realme UI 2.0, along with several other phones.