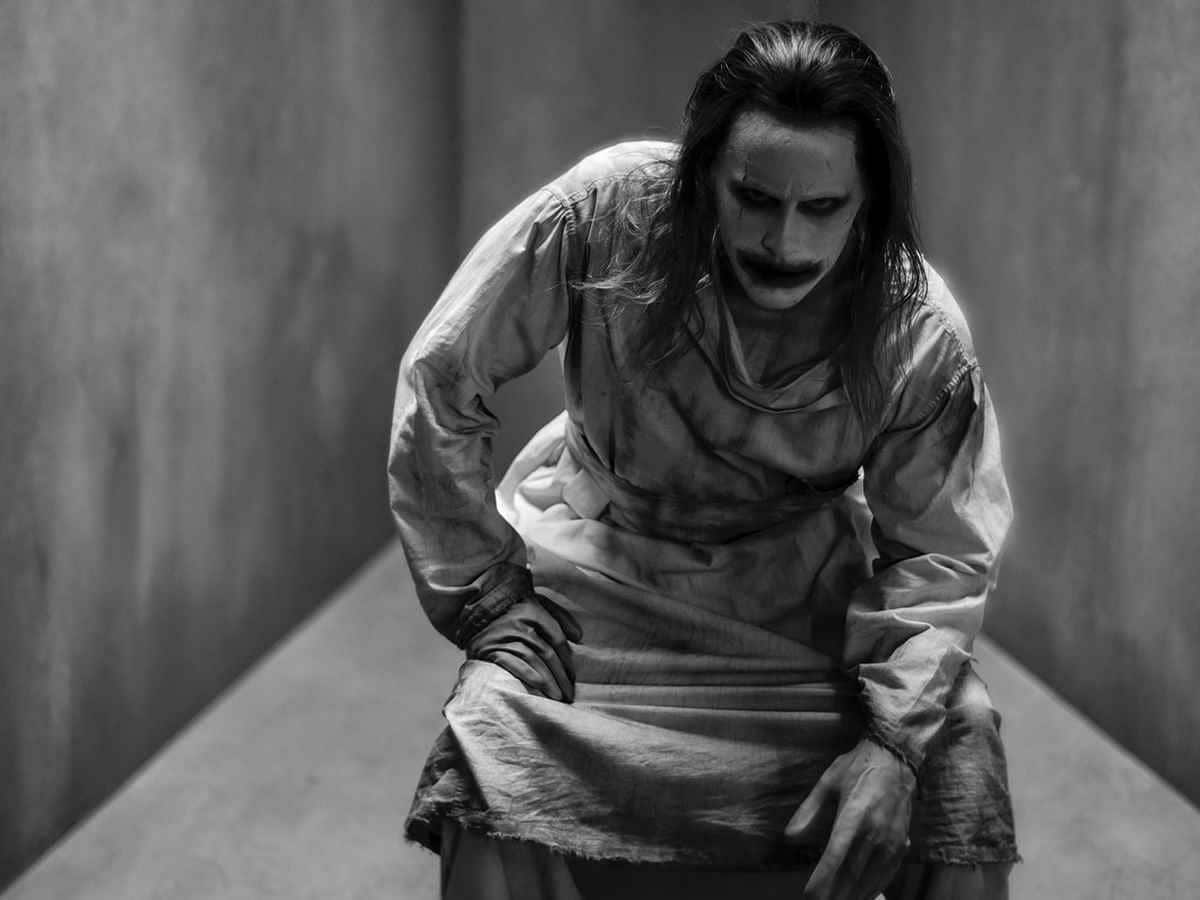 Jared Leto’s Joker is returning in Zack Snyder’s Justice League — out in March globally — and we now have our first look at this new avatar of Joker, courtesy of Snyder. Leto looks completely different than he did in his first go-round with 2016’s Suicide Squad from director David Ayer: there’s no green hair, facial tattoos, or those shiny teeth fixtures. Leto’s new Joker has longer, darker hair, face makeup that says more Heath Ledger’s Joker, and is sporting a hospital gown. If you’re wondering what’s going on, Snyder explained how Joker factors into his director’s cut of Justice League.

On Justice League Snyder Cut, Leto will be part of a “dream sequence” and “psychic vision” experienced by Batfleck — that’s Ben Affleck’s Batman/ Bruce Wayne — in which he sees a devastated Earth thanks to the actions of the extra-terrestrial villain Darkseid (Ray Porter) and the failure of the titular squad: Justice League.

Snyder said: “The cool thing about the scene is that it’s Joker talking directly to Batman about Batman. It’s Joker analysing Batman about who he is and what he is. That’s the thing I also felt like fans deserved from the DC Universe. That is to say, the Jared Leto Joker and the Ben Affleck Batman, they never really got together. It seemed uncool to me that we would make it all the way through this incarnation of Batman and Joker without seeing them come together.

Snyder noted that the scene between Leto’s Joker and Affleck’s Batman will also explain the Joker references in 2016’s Batman v Superman: Dawn of Justice that hinted Joker was responsible for the death of Batman’s sidekick Robin. In Batman v Superman: Dawn of Justice, we only see Robin’s armour spray painted with the words “Ha ha, joke’s on you, Batman”.

“I’d always wanted to explore the death of Robin,” Snyder added. “And if there ever was going to be a next movie, which, of course, there probably won’t be, I wanted to do a thing where in flashbacks we learn how Robin died, how Joker killed him and burned down Wayne Manor, and that whole thing that happened between he and Bruce.”

The new look you see above of Leto’s Joker isn’t the only version you’ll see of him in Zack Snyder’s Justice League. Snyder teased that Leto will also wear a bulletproof vest that is adorned with law enforcement badges that are “his trophies”. Vanity Fair carried the official first look provided by Snyder.

Zack Snyder’s Justice League is out March 18 on HBO Max in the US, HBO Go in parts of Asia, and HBO services in parts of Europe. There are no concrete details on an India release date or platform, but WarnerMedia — which owns HBO — says it’s “in discussions with local and global partners and will have more details shortly.”