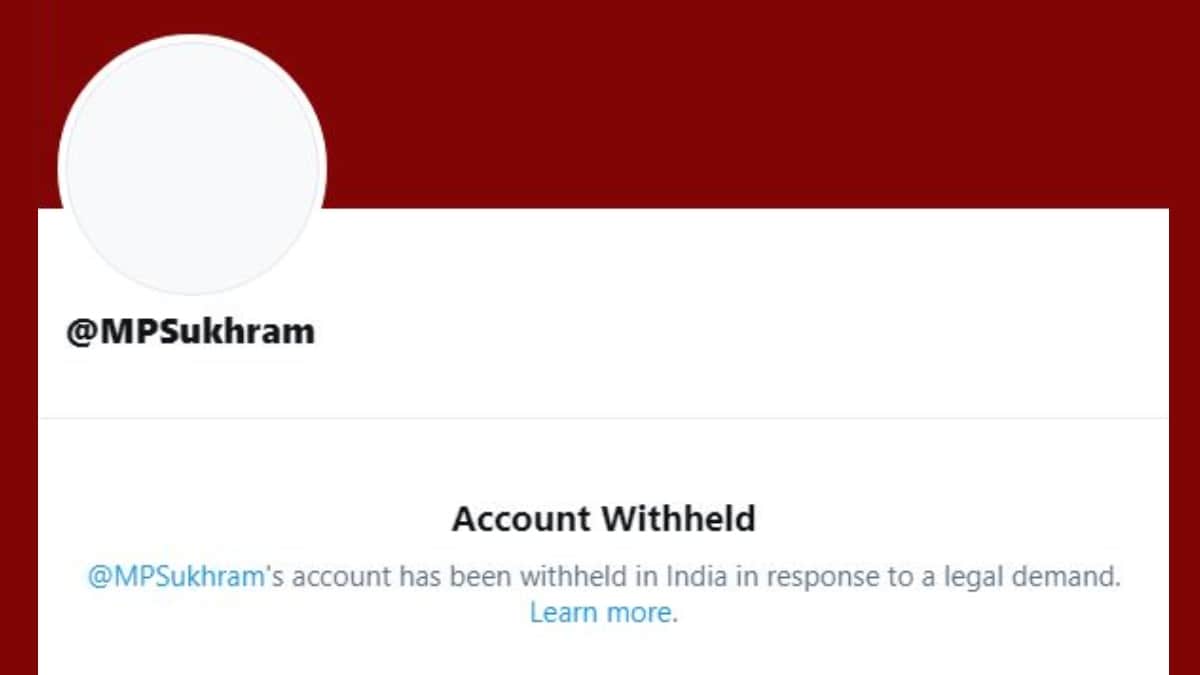 Twitter has withheld the account of Rajya Sabha member Sukhram Singh Yadav, as first reported by MediaNama. This move follows updates provided by the social media platform on its response to the government’s orders to block accounts that allegedly spread misinformation about the farmers’ protest against new farm laws. Twitter mentioned in its response that no actions were taken against politicians’ accounts. Yadav’s account appears to have been withheld only in India, as his Twitter page can reportedly be accessed from other countries.

As noted by MediaNama, when trying to access his profile, users are greeted with the message, “@MPSukhram’s account has been withheld in India in response to a legal demand.” Twitter hasn’t officially confirmed the reason behind the move as yet.

On Wednesday, Twitter released a blog post where it said that the account-blocking actions from the government were inconsistent with Indian law. Twitter did mention that it took action against hundreds of accounts beginning January 26 and that it suspended over 500 accounts.

However, the social media platform underlined that no actions were taken against accounts related to media entities, journalists, activists, and politicians. Twitter said that it believed that by taking actions on such accounts would “violate their fundamental right to free expression under Indian law.”

Gadgets 360 has reached out to Twitter for a clarification on the reason behind the block. We will update this report when we hear back.