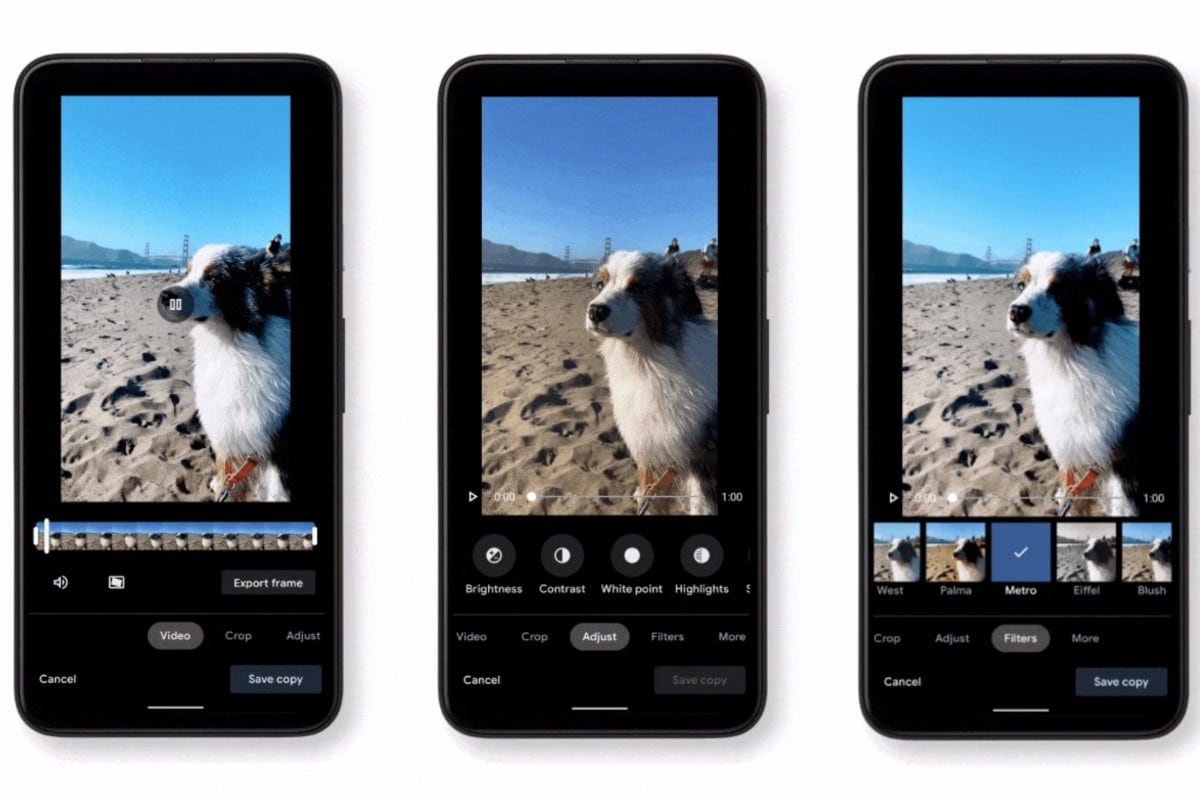 Google Photos for Android is getting an updated video editor that brings granular adjustments similar to the ones available on its photo editor. The video editor includes over 30 controls to let you enhance your scenes. Separately, Google has announced the arrival of Pixel-exclusive Portrait Blur, Portrait Light, and Color Pop features for non-Pixel users. These features are, however, only available to the users who have Google One membership. This means that you need to pay for Google One subscription to get the Pixel-specific Google Photos features on any other Android phone.

The newly added video editor on Google Photos for Android will allow you to crop, change perspective, and add filters to your videos. You’ll also be able to apply granular edits such as brightness, contrast, saturation, and warmth, among others. These controls are available alongside existing trimming, stabilising, and rotating tools on the photo-editing app.

Interestingly, the updated video editor being introduced on Google Photos for Android is already available to iOS users. On the other hand, Google is also bringing its redesigned photo editor that debuted on Android in September to iOS devices in the coming months.

In addition to these changes, Google Photos is also bringing its editing features that use machine learning algorithms on Pixel phones to non-Pixel users. These features include Portrait Blur, Portrait Light, and Color Pop. Google has kept the advanced editing features under paywall — meaning these will require you to purchase Google One subscription. However, as the company noted in its blog post, Blur and Color Pop already work with photos that have depth information (like photos captured in portrait mode).

The Pixel-exclusive editing features reaching non-Pixel phones through Google One subscription were initially spotted in November. But nonetheless, Google has now officially made the new plan public.

Google said Portrait Blur and Portrait Light, along with Dynamic and sky suggestions, will roll out to Google One members over the next few days. It will be provided through the latest Google Photos app on Android devices that have at least 3GB of RAM and are running on Android 8.0 or above.

The new development comes just months after Google decided to end its free unlimited storage offering on Google Photos. That move will come into place on June 1, 2021.