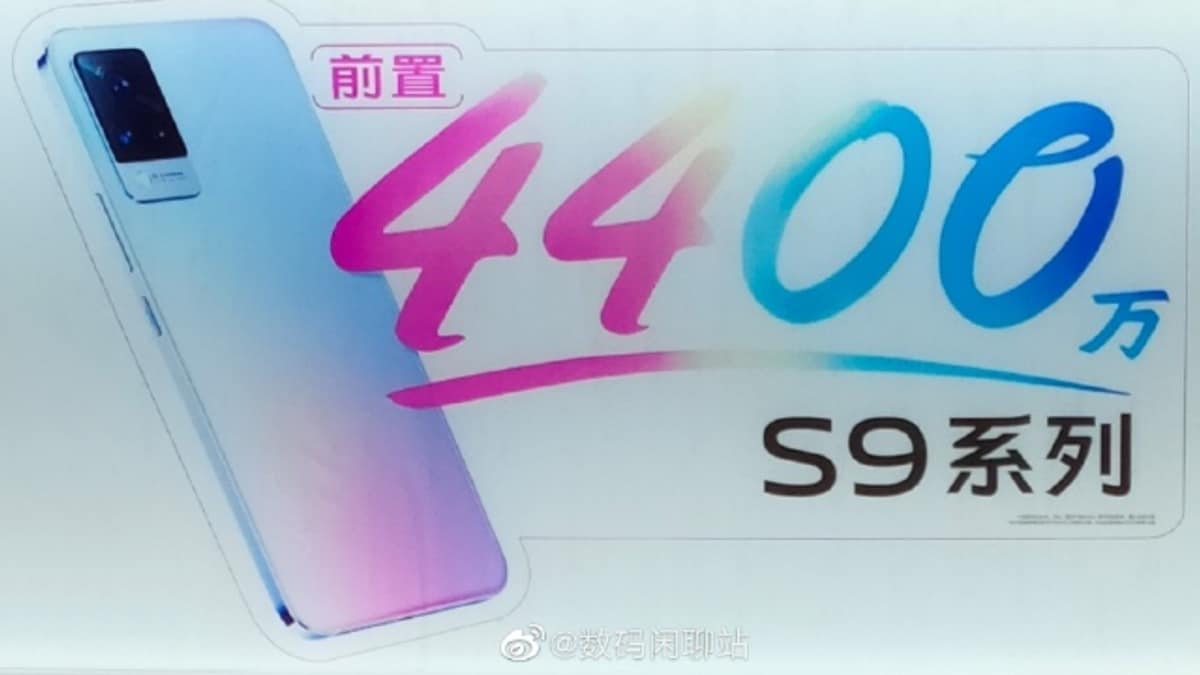 Vivo S9 specifications have been leaked in detail on Weibo ahead of its official announcement. An image purportedly showing the design of Vivo S9 has also surfaced online. The new Vivo phone is claimed to have a dual selfie camera setup, headlined by a 44-megapixel primary sensor. Vivo S9 is also rumoured to have a 90Hz display and a 2.5D glass back. Additionally, it could come in two distinct variants, with up to 12GB of RAM. Vivo S9 is rumoured to launch in China next month.

A couple of tipsters have shared the specifications of the Vivo S9 on Weibo. The smartphone is expected to have a 6.44-inch AMOLED display with a 90Hz refresh rate. It also reportedly includes an all-new MediaTek Dimensity 1100 SoC that is claimed to have received a score of 600,000 on AnTuTu. Further, the phone may have 8GB + 128GB as well as 12GB + 256GB storage variants, according to the tipsters.

Vivo S9 is also expected to have dual selfie cameras at the front that include a 44-megapixel Samsung GH1 primary sensor and an ultra-wide secondary shooter.

In addition to the selfie cameras, the tipsters have claimed that Vivo S9 could feature a triple rear camera setup. Details about the sensors are yet to be revealed.

Vivo S9 may have a 4,000mAh battery with 33W fast charging support. It is also tipped to have 7.31mm of thickness and weigh 168 grams. On the part of design, the phone may have a 2.5D glass protection at the back and is made of an aerospace aluminium-magnesium alloy material.

The overall design of Vivo S9 is claimed to be similar to its predecessor —Vivo S7. Its renders, that surfaced on Weibo, also suggest a gradient finish.

Vivo hasn’t yet provided any details about the S9. However, the phone purportedly surfaced on the China Compulsory Certification (3C) site. It is also tipped to debut on March 6.