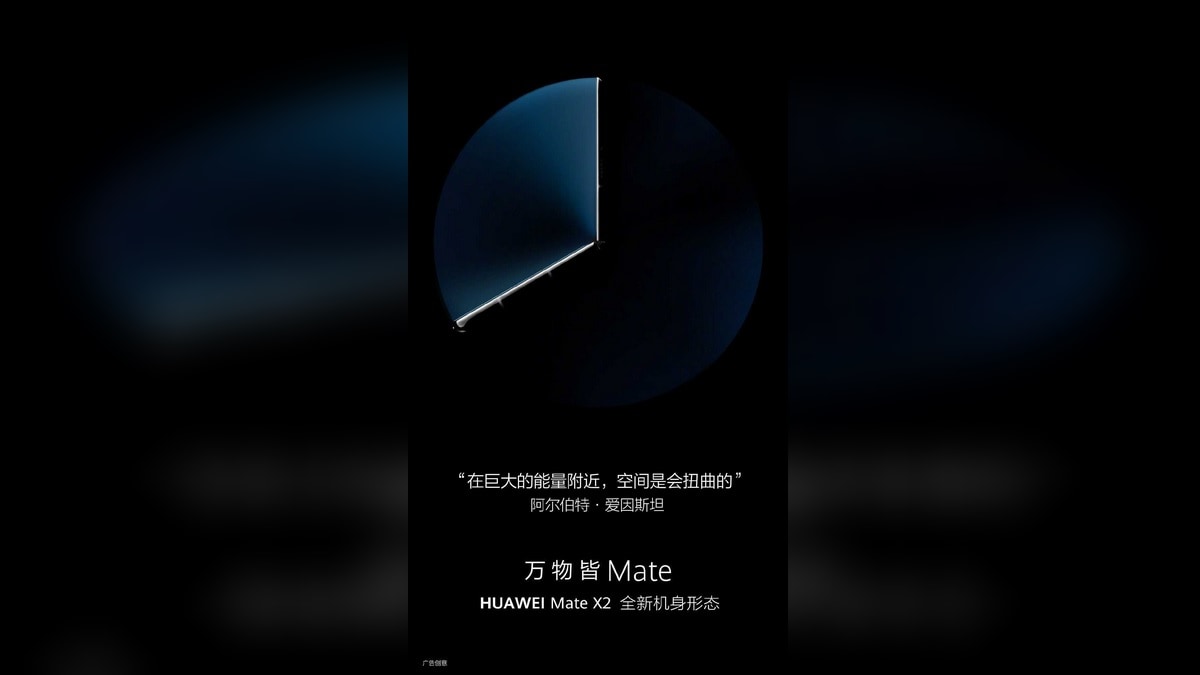 Huawei Mate X2 has been teased once again, hinting at its foldable design that is more similar to Samsung Galaxy Z Fold and not the original Huawei Mate X. This time, the company also shared that the launch event will take place on February 22 in China at 8pm local time (5:30pm IST). The teaser image shared on Weibo a bit of the hinge and what may be the top or the bottom of the phone. No specifications have been shared with the latest teaser but the company previously confirmed that Huawei Mate X2 will be powered by the Kirin 9000 SoC.

As per the teaser image posted by Huawei on Weibo, Huawei Mate X2 will feature a foldable screen that folds inwards, similar to the Galaxy Z Fold series design. The original Huawei Mate X came with a foldable display that folded outwards, leaving the display exposed on both sides. The teaser image doesn’t really give much away, except for showing what could be the antenna bands and speaker grill.

Earlier this month, the company confirmed that the phone will be powered by the Kirin 9000 SoC and a known tipster shared an alleged render of Huawei Mate X2 suggesting a large display on the front of the phone in its folded form. This display is seen to have dual selfie cameras in a hole-punch cutout design.

The same tipster also shared some of the specifications for Huawei Mate X2. The phone is expected to feature an 8.01-inch (2,480×2,200 pixels) inward folding display along with a secondary 6.45-inch (2,270×1,160 pixels) display. It may feature a quad rear camera setup that comprises a 50-megapixel primary camera, a 16-megapixel secondary camera, a 12-megapixel sensor, and an 8-megapixel sensor. The phone is expected to come with 10x hybrid optical zoom as well. Huawei Mate X2 is tipped to pack a 4,400mAh battery with support for 66W fast charging.