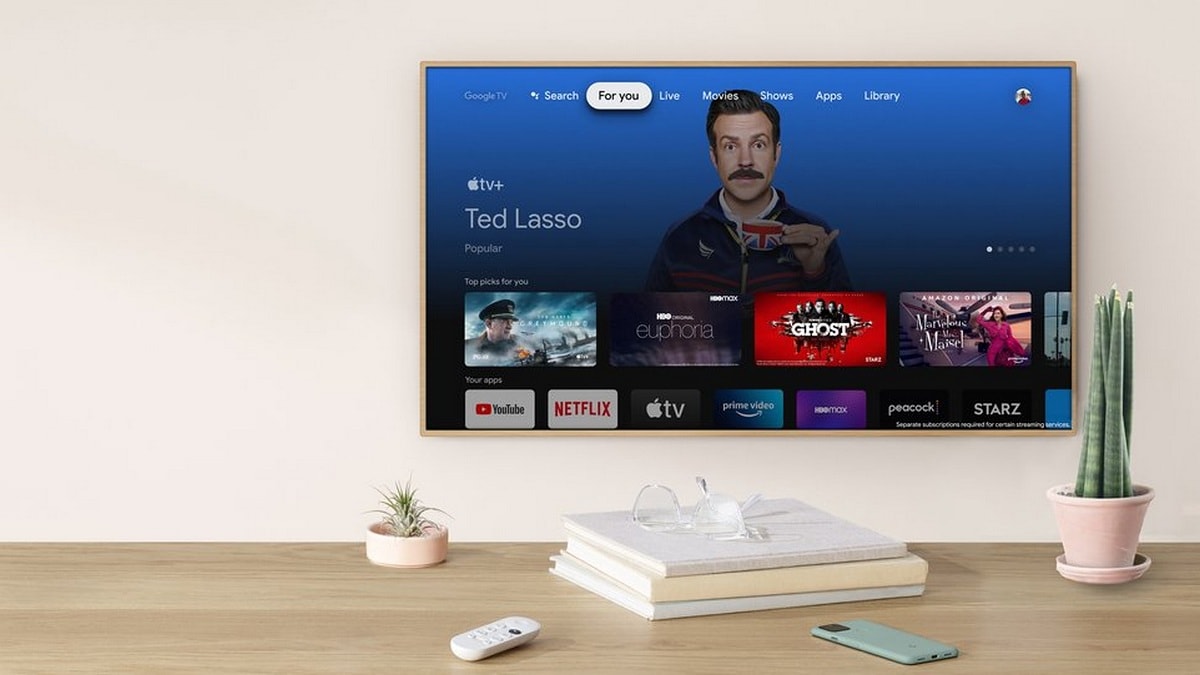 Apple TV app is globally available on Chromecast with Google TV, the search giant has announced through a blog post. Google had said back in December 2020 that Apple TV would be available on Chromecast and more devices in early 2021 and the app is now available along with Apple TV+. The app allows users to watch original Apple TV+ content along with the regular iTunes movies and TV shows. The app integration also allows for voice commands to be used to open the Apple TV app or play an Apple Original title.

In a blog post dated February 18, Director of Media and Entertainment for Android and Google Play, Jonathan Zepp, shared that Apple TV app, including Apple TV+, is now available on Chromecast with Google TV globally. The support for the app on more Google TV devices will be added in the future. Chromecast with Google TV users can head to the For you tab to find Apple TV content or go to the to the Apps tab.

In the US, thanks to Google Assistant, voice commands can be used to open the Apple TV app or even play an Apple Original title. Users can also add Apple Originals content to their Watchlist. These features will have a global rollout in the coming months, as per the blog.

Lastly, the blog states that Apple TV app will also make its way to Google TVs from Sony and TCL. Additionally, more Android TV-powered devices will get support for the app in the coming months.