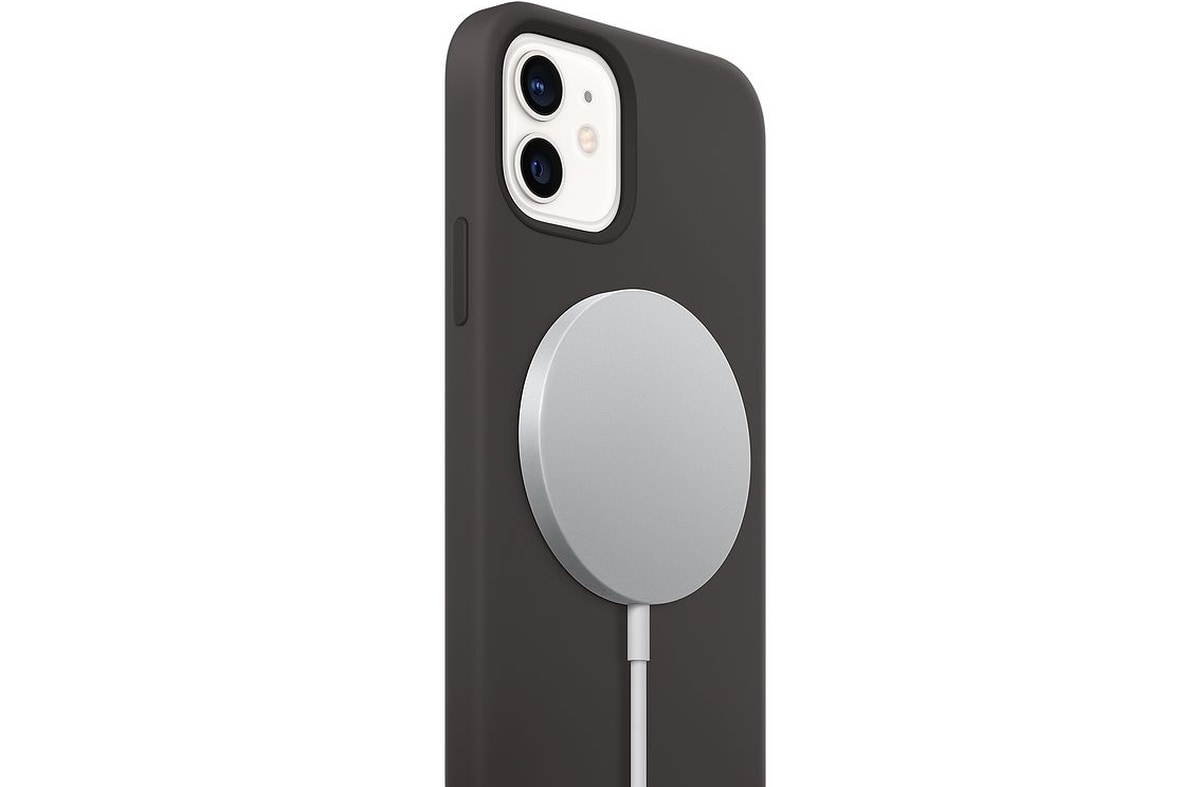 Apple is working on a magnetically attached battery pack for the newest iPhones, an accessory that would wirelessly charge the handset and provide the company with another potentially lucrative add-on product. Apple has been developing the attachment for at least a year and it has been scheduled to launch in the months following the release of the iPhone 12 line, according to people with knowledge of the product. The iPhone 12 models were introduced in October.

The battery pack would attach to the back of an iPhone 12 using the MagSafe system, which all the new phones use for charging and pairing other accessories like cases and wallets. Some prototypes of the battery pack have a white rubber exterior, said one of the people, who asked not to be identified because the product isn’t yet public. The new accessory would differ from Apple battery add-ons for previous iPhones in that it only provides additional battery life and doesn’t serve as a full protective case.

In internal testing, the magnetic attachment system has proved strong enough for the charging unit to stay in place, but the accessory’s development has been slowed by software issues such as the iPhone erroneously indicating that the pack is overheating. Apple also has been working to mend issues related to a customer switching between using the device on an iPhone sometimes with and without a case.

Given the new accessory’s development challenges, it could ultimately be delayed or scrapped, the people said. An Apple spokeswoman declined to comment.

Apple’s hardware engineering department is careful about launching accessories related to charging. In 2017, the company announced an AirPower mat that would charge an Apple Watch, iPhone and AirPods earphones at the same time. It was ultimately never released and canceled deep into its development in 2019 due to issues related to overheating.

Evidence of a magnetic battery accessory has begun to appear. A beta version of Apple’s upcoming iOS 14.5 software update included a vague, later-removed reference to a battery pack, according to a finding by developer Steve Moser.

The wireless charging device could be a popular accessory for Apple’s new MagSafe ecosystem. Last year, Apple released cases with MagSafe compatibility, leather wallets and a pair of chargers.

The Apple accessory, if ultimately launched, would rival similar offerings released by small makers in recent months. The company has also discussed other MagSafe accessories internally, including the potential for an in-car attachment, one of the people said, though that product hasn’t made its way into formal development.

Apple has also internally discussed a goal of letting many of its mobile devices like Apple Watches, AirPods, and iPhones charge each other, but that functionality is unlikely in the near future. For the 2019 iPhones, Apple planned, but canceled, a feature that would let users charge AirPods on the back of the phone.

Apple’s MagSafe technology is expected to make its way to several more products over the next year. The company plans to add it to redesigned MacBook Pros and MacBook Airs coming this year, Bloomberg News has reported. On the Mac, the feature means any accidental yanking of the power cable would simply detach it from the laptop rather than pull down the entire computer.

Is HomePod mini the best smart speaker under Rs. 10,000? We discussed this on Orbital, our weekly technology podcast, which you can subscribe to via Apple Podcasts, Google Podcasts, or RSS, download the episode, or just hit the play button below.