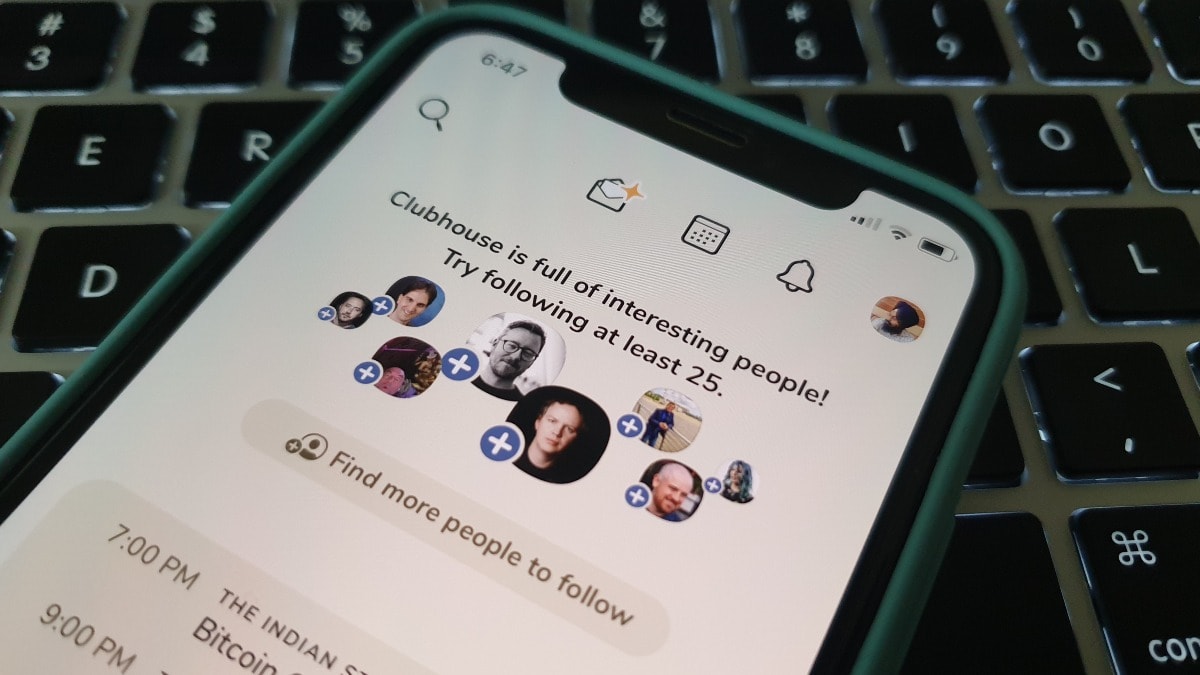 Clubhouse, the invite-only, iOS-exclusive, audio-based social app has been blowing up of late, with new members such as Elon Musk and Mark Zuckerberg showing up to talk. Now, it has passed the 10 million downloads mark on the App Store globally, according to estimates shared with Gadgets 360 from app intelligence firm Sensor Tower. Because it’s invite only, and not even available on Android, you can’t sign up on Clubhouse as easily as you could on Facebook or Twitter. You need to have an invite ready or nominated by an existing Clubhouse user to join any of the audio conversations happening on the app. However, the app will soon be facing competition from the heavy hitters — Twitter has started to expand its trials for its own version of Clubhouse, Twitter Spaces; and Facebook is reportedly working on something similar as well.

The data available with Sensor Tower suggests that Clubhouse is set to reach 11 million downloads milestone in less than a year since its launch in March 2020. The app has the US as its number one market where it accounts for 2.8 million downloads, or roughly 25 percent of all its app installs, the data shared by the firm suggested. It was followed by Japan and Russia where Clubhouse garnered 1.5 million and 784,000 downloads, respectively.

India, on the other hand, ranks number 29 globally for Clubhouse downloads, accumulating 42,000 installs to date, according to Sensor Tower. This is not surprising — although India is typically one of the biggest networks for all social networks, it’s very strongly an Android market, and iPhones are still a niche in the country.

“Clubhouse is 2021’s big social app,” Craig Chapple, Mobile Insights Strategist, EMEA, Sensor Tower, told Gadgets 360. “By being invitation-only, it bucks the typical model of making a social platform easily accessible by all, making it a must-have for those not yet on the platform who are eager to see what they are missing out on.”

Launched with the aim to “build a social experience that felt more human” and a mix of audio chat and social media, Clubhouse has been in the market for nearly 12 months. It was, however, just recently when it started attracting new users. Tesla CEO Elon Musk and Facebook co-founder Mark Zuckerberg are amongst the eminent technology billionaires who have brought the app into the limelight in the recent past. In countries like China and Thailand, Clubhouse also faced criticism of state governments where it has been used as a medium for free speech and to express dissent against ruling authorities.

Clubhouse didn’t immediately respond to a request for comment on its user growth.

The data shared by Sensor Tower shows that a majority of Clubhouse’s downloads have come just in February. It generated 7.7 million downloads globally during this month, which is up 221 percent from January, when the app generated 2.4 million downloads, according to the estimates.

“Given its recent rise in popularity in a hotly contested space, you can expect other, similar social apps, or similar capabilities in existing apps, to emerge in the not too distant future,” said Chapple.

Microblogging platform Twitter recently started a wider rollout of its audio-only chatrooms Spaces to more than 3,000 people to compete against Clubhouse. Similarly, Facebook is also said to have a similar audio chat product in the works.

In India, where mimicking a global app model has become a trend these days, and the search for local alternatives to widely used international apps has grown significantly, Leher has emerged as an alternative to Clubhouse. The former has been promoted by Indian entrepreneurs. However, unlike Clubhouse, Leher currently has a majority of Indian users and is available for free download — without any invites — on both Android and iOS devices.

Research by The Stanford Internet Observatory raised some security concerns over Clubhouse. The app is found to rely on a Shanghai-based startup that suggests user privacy issues especially for Chinese users. Clubhouse didn’t provide any clarity on the research at the time of filing this story.