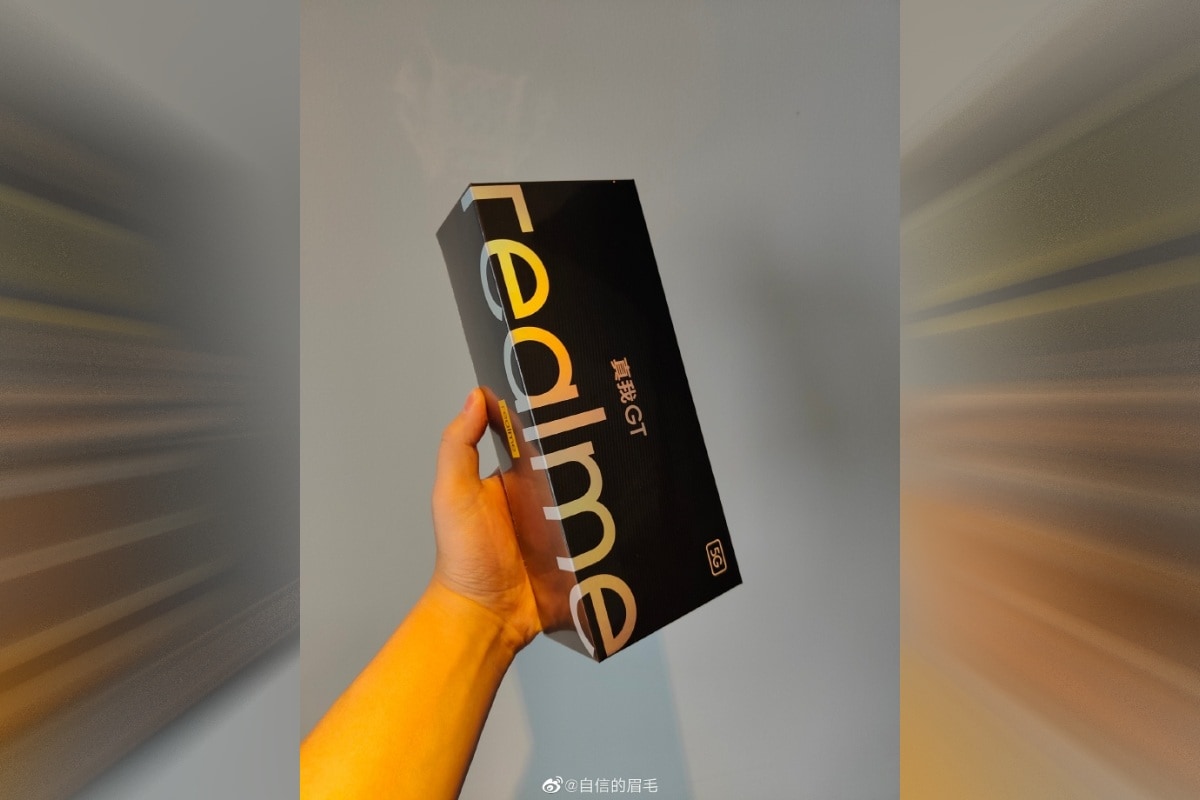 Realme GT 5G retail box image has been spotted on Weibo ahead of its official launch. Separately, benchmarking site Geekbench has listed a Realme phone with model number RMX2202. This has so far been associated with the Realme GT 5G. The Geekbench listing suggests that the upcoming Realme smartphone will have 12GB of RAM. In addition to the regular model that will come with a glass back, the Realme GT 5G will come in a distinct variant with leather back and a black-colour stripe.

Former Oppo Vice President Brian Shen has posted the retail box image of the Realme GT 5G on Weibo. The box appears to be of the “Bumblebee” leather model of the Realme GT 5G that could be called the Realme GT Ares Special Edition-Dawn, which was recently teased by Realme. Shen also posted another image showing the back of the leather variant.

In addition to the images posted online, Geekbench has listed a phone that seems to be the Realme GT 5G. The online listing shows a Realme phone with the model number RMX2202, which has previously appeared on a certification site as Realme Race (codename for the Realme GT 5G).

According to the Geekbench listing, the phone comes with 12GB of RAM and it is running on Android 11. It also has an octa-core SoC with a base clock speed of 1.8GHz. Although the listing doesn’t clearly show the exact name of the SoC, it carries a codename “lahaina”, which is believed to be the Snapdragon 888.

The Realme GT 5G launch will take place in China on March 4. Alongside the Realme GT 5G as well as its special edition model, the company is expected to unveil its new Internet of Things (IoT) devices at the event.