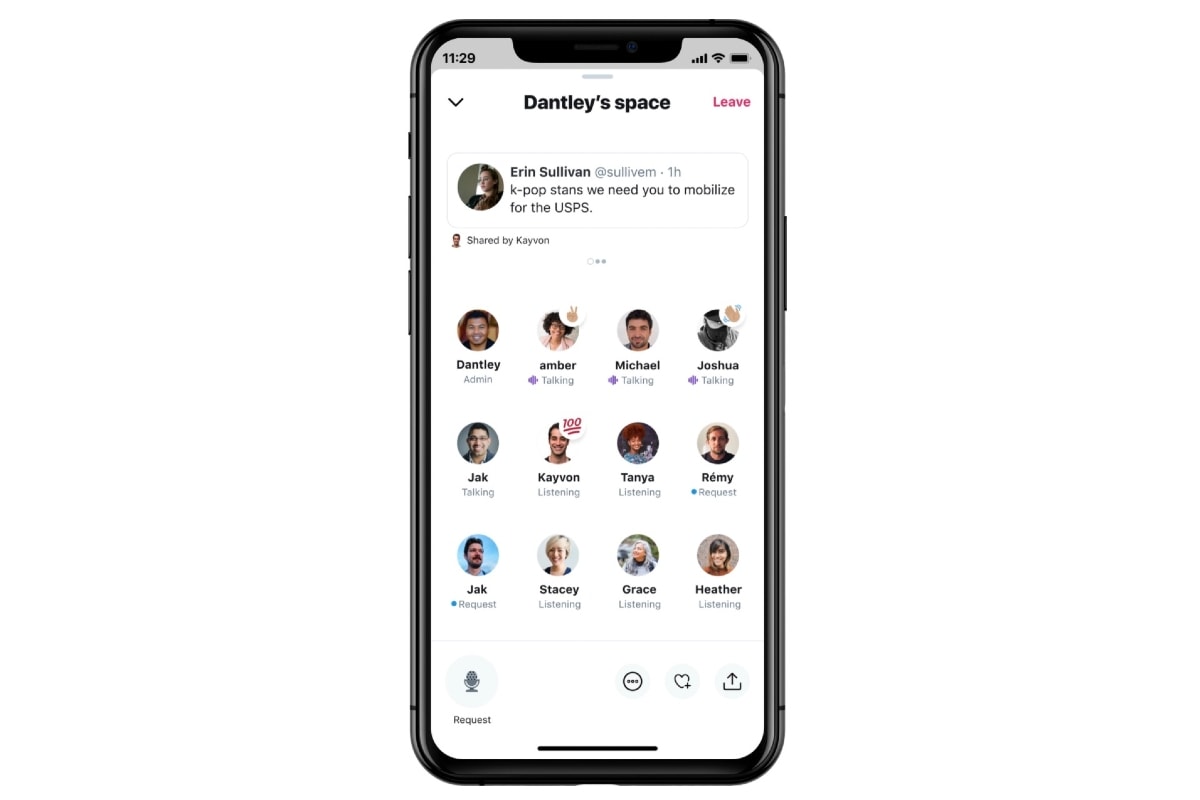 Twitter Spaces has begun rolling out for Android users around the world as the company takes the testing of its Clubhouse-style audio chat rooms feature to a wider audience. For now, Android users will not be able to host spaces, but they will be able to join and talk in spaces, with hosting coming soon, according to the company. The feature that lets users create public and private audio chat rooms on the microblogging platform was first announced in December last year. But its testing had been limited to only iOS, which is now being expanded to include Android users. Although the feature still remains under testing, the Android rollout of Twitter Spaces suggests that the new audio chat rooms feature could soon get a wider rollout.

“We’re expanding to give more people a chance to join Spaces and listen in! Rolling out over the next few days, people with Android will now be able to join, listen, and speak in conversations over Spaces,” Twitter has said in a statement. Twitter first confirmed that it was working on getting the feature to Android users via a tweet in late January.

Announcing the launch, Twitter executives stressed that these are still early days for Spaces, and also added that their first priority was building out moderation, and noted that this is the reason why they’re taking a cautious approach to bringing out features like recording conversations, which could find fans among podcasters and monetising Spaces, which could make the feature much more appealing to Twitter influencers.

Android folks, our beta is growing! starting today you will be able to join and talk in any Space. SOON you’ll be able to create your own but we’re still working out some things. keep your 👀 out for live Spaces above your home tl

Last month, the testing of Twitter Spaces was expanded to 3,000 iOS users from the 1,000 that were initially roped in to try out the new feature. While only the beta testers could create public or private audio rooms, any of their followers on iOS could join in to the Spaces that were created, to get a sense of how the feature works.

Twitter is considering bringing Spaces to the Web interface too, but this is just one of the many features that it is looking at, including user interface changes that could make it easier to make use of different features. However, there’s no timeline given at this point. Other features, such as its captions feature are also evolving, to improve accessibility to the platform, it said.

Twitter has said that Spaces will be rolled out to select Android users over the coming weeks. “Keep an eye out for the purple aura in your fleetline and tap to join. You can also join Spaces via a link shared with you (via Tweets, DMs). People on Android can also use emoji reactions, view captions, and be invited to speak in a Space,” the company said. “Other updates to come include the ability to see more of who’s in your Space as well as naming your Space to add context for new joiners.” It also confirmed that this will not be restricted to any region.

The feature rivals the concept of Clubhouse, the invite-only social media platform only on iOS, which is meant for users to engage in voice chats rather than post text messages. The app recently crossed 10 million downloads globally within a year of its launch, according to a Sensor Tower report.

Twitter has been competing with Clubhouse by consistently launching more audio-focussed features on its platform. It rolled out voice DMs (direct messages) last month in India, Brazil, and Japan. The company had first introduced audio messaging on its platform with voice tweets for iOS users in June last year. It had said in November that it was working hard to make it available to Android users soon.