Indian game startup All-Star Games has raised $1.5 million to make multiplayer games based on sports such as cricket on iOS and Android.

Lumikai, a game-focused fund that invests in Indian companies, led the round, with participation from Play Ventures.

Bangalore-based All-Star Games (previously Deftouch) was co-founded by Ninad Bhagwat and Keshav Sunder, who are ambitious Gen Z Indian founders who are among the first generation of Indians who grew up playing mobile games.

All-Star Games specializes in live multiplayer sports games, with an initial focus on the midcore cricket market (midcore games are hardcore in nature but played in short sessions). The studio’s first title, Cricket Star, was developed as a hypercasual game by the two founders and drew over 60% retention after the first day. Their second title RCB Cricket was downloaded by over a million players in five days. It has since been downloaded three million times.

I don’t know how to play cricket, but plenty of other people do. The studio’s ambitious next title, All Star Cricket, is currently in development and it is targeted at the world’s 2.5 billion cricket fans. Cricket is the world’s second most popular sport, with 2.5 billion fans worldwide. A billion of them are in India, where the sport’s popularity is mythical. 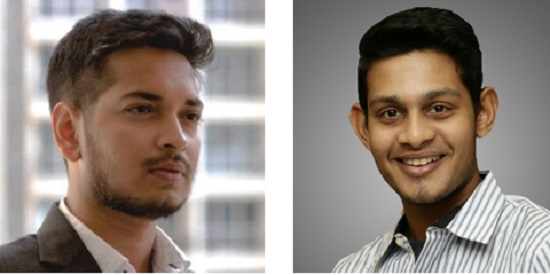 Above: Ninad Bhagwat (left) and Keshav Sunder of All-Star Games.

Bhagwat said he is looking forward to working with Lumikai and Play Ventures to tap their experience in the industry.

India’s online gaming industry is expected to grow at a compound annual growth rate of 40% to $2.8 billion by 2022, up from $1.1 billion in 2019, according to Deloitte India. The growth is driven by affordable smartphones, cheap data, and increasing disposable income. COVID-19 has continued to accelerate growth as the time spent on gaming apps increased by 21% during the initial lockdown, with the total number of Indian gamers crossing 350 million users two years ahead of projections.

“Domestic mid-core gaming is a massive white space in India,” said Justin Keeling, general partner at Lumikai, in an email to GamesBeat. “Global developers like Supercell and PUBG have seen massive Indian usage, but the domestic market has broadly underestimated the sophistication of Indian gamers. Indians want games that resonate culturally.”

“The All-Star Games team have had huge success with their first two cricket games and have an ambitious roadmap for building the defining Indian midcore IP,” he said.

The team is currently focused on All-Star Cricket, but it has started experimenting with prototypes to bring their midcore sports engine to tennis and baseball.