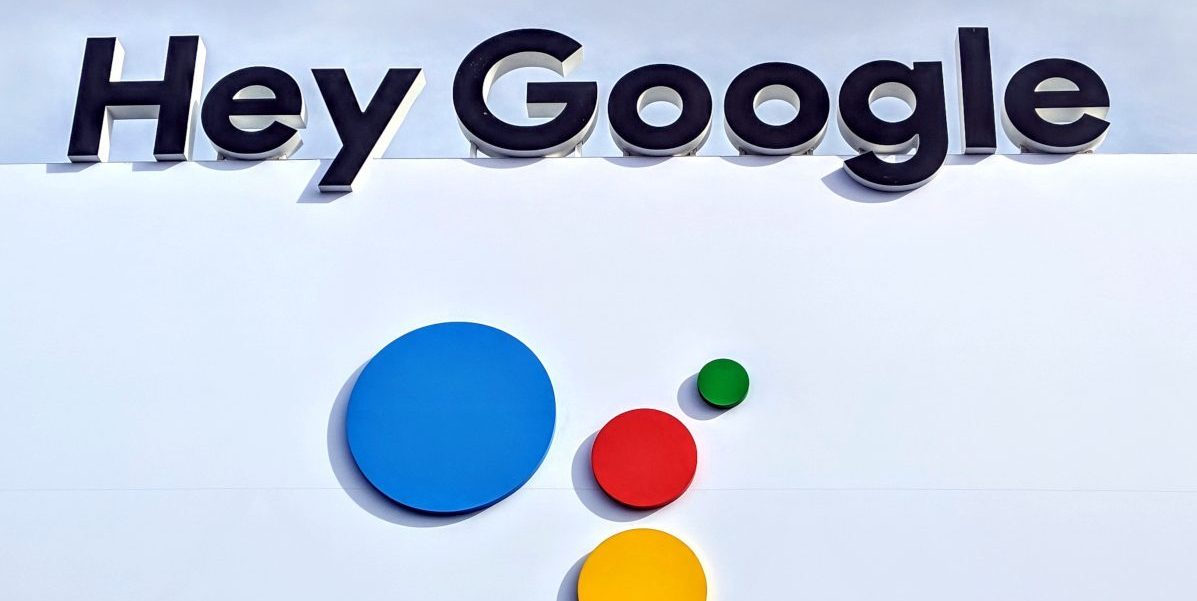 The enterprise is experiencing an uptick in voice technology adoption during the pandemic. In a recent survey of 500 IT and business decision-makers in the U.S., France, Germany, and the U.K., 28% of respondents said they were using voice technologies and 84% expect to be using them in the next year.

Major players in the AI voice space, including Microsoft and Google, have worked throughout the pandemic to meet the changing needs of enterprise-focused users. For example, in April Google announced it would partner with Zoom to integrate the latter’s videoconferencing platform with smart displays powered by Google Assistant. The integration arrived in December, allowing users to link their Zoom and Google accounts together for voice-driven video meetings.

“At the beginning of the year, we had been focused on communication from a messaging perspective,” Sofia Altuna, head of global product partnerships for Google Assistant, told VentureBeat in a recent phone interview. “But we also started a new focus on how we help people stay more productive at home, through video chat. So we started our relationship with Zoom, and in just six months, we were able to do an integration … That was a pretty big step for the Google Assistant,” she added.

Google also recently launched Google Assistant support for Google Workspace (previously G Suite) users, the company’s answer to Amazon’s Alexa for Business service. When logged into a Workspace account that has Search and Assistant features enabled, enterprise users can leverage voice commands on a smartphone to check their calendar, email a contact, dial into a meeting, and more.

Alexa for Business, which made its debut two years ago at Amazon Web Services’ re:Invent conference, allows enterprise users to schedule meeting rooms with third-party services such as Cisco, Polycom, and Zoom. They’re also able to share itinerary information, check voicemail messages, and quickly see if meeting rooms are available.

From Microsoft’s perspective, the goal with Cortana, which began transitioning away from consumer features in February 2020, was to make office tasks easier, smoother, and faster for end users during the pandemic. To that end, the company released new features for Outlook, Teams, and Office that enable Cortana to read messages and schedule meetings with just a voice command. As of September, Cortana can send daily briefing emails to Microsoft 365 Enterprise users. And for business users on Windows 10, a dedicated Cortana-powered chat-based app helps users compose emails on the fly.

“We’ve looked for places where we think that voice and natural language can truly be easier and faster than doing things via tapping on the keyboard or hunting around on a mobile app,” Cortana CVP Andrew Shuman told VentureBeat in a phone interview. “A lot of people working from home want to break their habits — you know, get up from the desk and walk around when they’re on a meeting. So we’ve done more work to support headphones, for example, and we’ve seen a nice uptick in usage and engagement.”

Beyond technologies tailored for remote work, Microsoft is preparing for a return to the office with AI-powered speakers for Microsoft Teams calls. These speakers, which will launch in private preview later this year, will use seven-mic arrays to identify up to 10 speakers in a Teams room, automatically recording a live transcript with timestamps. The company also announced plans during its Ignite conference this week to bring Cortana to Teams Rooms devices.

“I think that online meetings necessitated by the pandemic are actually an opportunity when paired with voice technologies,” Shuman said. “These features change the meeting experience — for example, I can have a chat going while looking up information. I can multitask while going into the meeting.”

Google and Microsoft claim that privacy has also been top of mind during the pandemic as concerns about the misuse of sensitive voice data continue to grow. Recent reporting revealed that accidental voice assistant activations exposed private conversations, and a study by Clemson University School of Computing researchers found that Amazon Alexa and Google Assistant voice app privacy policies are often “problematic” and violate baseline requirements. In July, a third-party contractor leaked Google Assistant voice recordings for users in the Netherlands that contained personally identifiable data, like names, addresses, and other private information. The risk is such that law firms, including Mishcon de Reya, have advised staff to mute smart speakers when they talk about client matters at home.

In January, Google launched Guest Mode, a way to use Google Assistant on smart devices like Nest Audio and Nest Hub Max without having to sign in to a Google account. First announced last fall, Guest Mode allows users to use Google Assistant-powered smart speakers and smart displays without having their activity saved, offering ostensibly stronger privacy guarantees.

As for Microsoft, the company recently announced it would give customers finer-grain control over whether their voice data is used to improve its speech recognition products. The new policy will allow customers to decide if reviewers, including Microsoft employees and contractors, can listen to recordings of what they said while speaking to Microsoft products and services that use speech recognition technology, including Microsoft Translator, SwiftKey, Windows, Cortana, HoloLens, Mixed Reality, and Skype voice translation.

“An investment we’ve made over the last 10 years is to develop AI tools responsibly, as well as better user education,” Shuman said. “The goal has been to empower managers to help their employees to do great work and be accelerated when they’re working from home but also protect the data and the knowledge that their employers have.”

Forspoken Review: Missing the Magic
We Were THIS Close…
Scammed by a fish -_-
5G Rollout Can Unleash New Economic Avenues, Help in Development: Economic Survey 2022-23
Sony, Xbox and Nintendo Will Not Be at E3 2023: Report