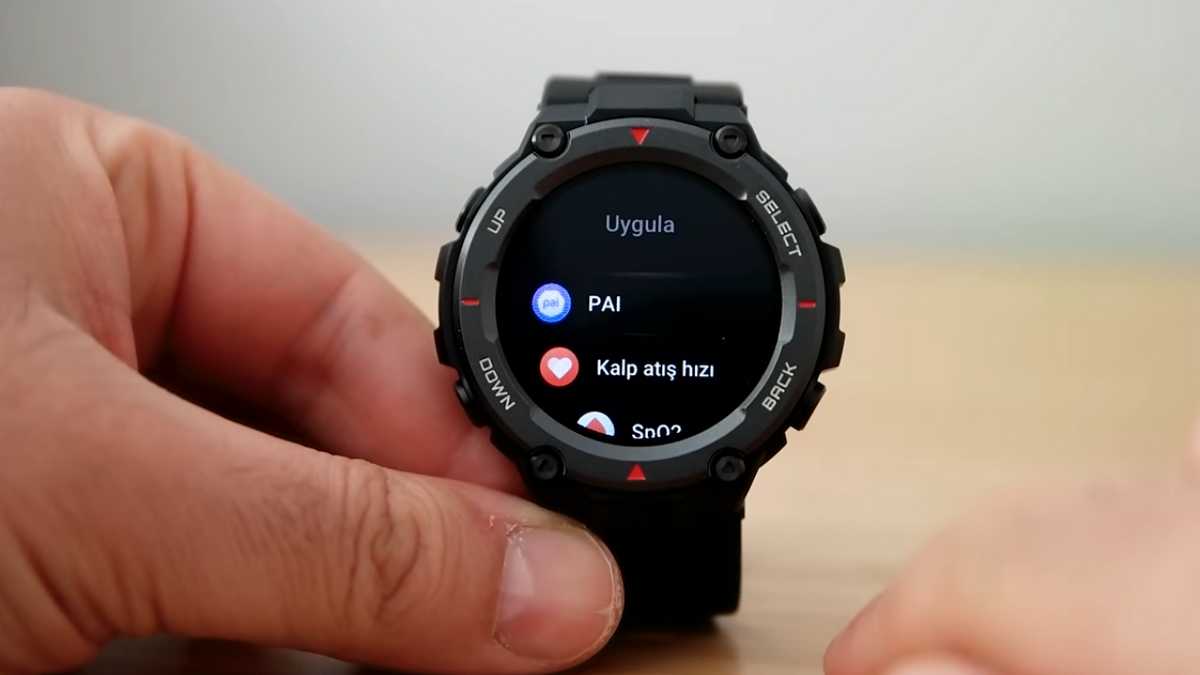 Known tipster Abhishek Yadav shared on Twitter what seems to be a listing on the European website for the Amazfit T-Rex Pro. It shows the smartwatch will be priced at EUR 169.90 (roughly Rs. 14,800). To recall, Amazfit T-Rex launched in India for Rs. 9,999 and is offered in Army Green, Camo Green, Khaki, and Rock Black colour options.

The hands-on video was shared by a Turkish YouTuber shows the box for the smartwatch along with the smartwatch itself. The design seems to be the same as the Amazfit T-Rex with up, down, select, and back buttons. It is shown to feature a 1.3-inch AMOLED display with 360×360 pixel resolution and 227ppi pixel density. The display could be protected by Gorilla Glass 3. For connectivity, the Amazfit T-Rex Pro may come with Bluetooth 5.0 and GPS.

The smartwatch is also expected to come with BioTracker, SpO2 monitor, stress monitoring, and 10 ATM water resistance. Amazfit T-Rex Pro may also come with a 390mAh battery that offers up to 18 days of battery life, depending on the mode. The box also states the smartwatch is MIL-STD 810G certified. It could come with tracking for multiple sports and being a smartwatch, support notifications, alarms, reminders, media controls, and more.


Vineet Washington writes about gaming, smartphones, audio devices, and new technologies for Gadgets 360, out of Delhi. Vineet is a Senior Sub-editor for Gadgets 360, and has frequently written about gaming on all platforms and new developments in the world of smartphones. In his free time, Vineet likes to play video games, make clay models, play the guitar, watch sketch-comedy, and anime. Vineet is available on vineetw@ndtv.com, so please send in your leads and tips.
More
This article was originally published by Ndtv.com. Read the original article here.
Share on Facebook
Share on Twitter
Share on Pinterest
Share on LinkedIn

Sony Xperia 1 V Design Tipped as Image Leaks Online, Could Feature Snapdragon 8 Gen 2 Soc: Report
The Last of Us Episode 4 Trailer: A Road Trip Poses Big Trouble for Joel and Ellie
Meta’s Smartwatch Leak in New Images, Tipped to Come With Android, Qualcomm SoC
Budget 2023: TVs Made in India to Get Cheaper by Up to Rs. 3,000 After Tax Cuts on Imported Parts
The Metaverse is in TROUBLE