WhatsApp is bringing password-protected, encrypted chat backups for iCloud and Google Drive, according to a report. The new update, which is said to be currently in the works, would allow users to keep their WhatsApp chat backups protected from unauthorised access by using a password. Right now, your chats are end-to-end encrypted on your phone and that of the people you’re talking to – but once you back up the chats, this is no longer the case. This has been a concern many privacy activists have raised in the past.

WhatsApp features tracker WABetaInfo has reported that password-protected, encrypted cloud backups feature is in the works. It has also shared some screenshots that show how the new feature could work in the app. 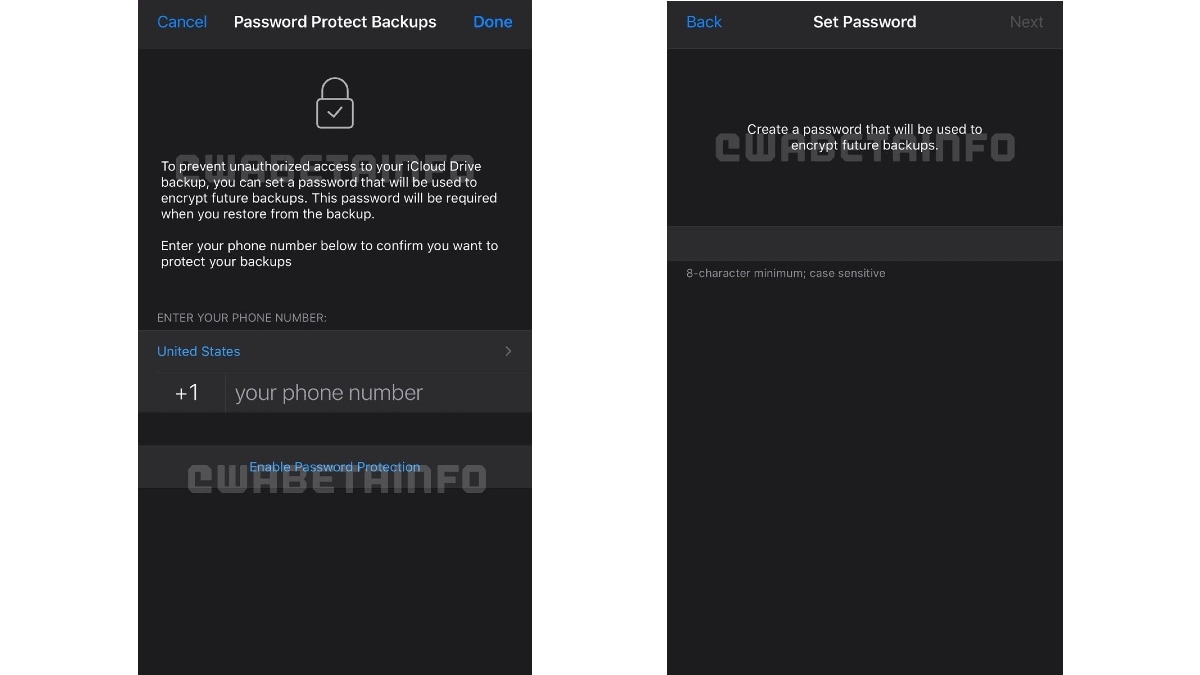 “To prevent unauthorised access to your iCloud Drive backup, you can set a password that will be used to encrypt future backups,” reads the description on one of the screenshots shared by WABetaInfo. “This password will be required when you restore from the backup.”

The update is likely to be available for both Google Drive and iCloud Drive backups. It is also important to point out that the screenshots shared by WABetaInfo suggest that WhatsApp would not be able to help recover forgotten passwords and that users would be required to enter their phone number to confirm password protection for their backups.

WhatsApp cloud backups feature has been in place for some time. However, the messaging platform has not enabled cloud backups with an end-to-end encryption that encrypts the content while it travels from one point to another. In the past, this has allegedly been used to gain access to a user’s communication through cloud storage providers who have access to the backups.

In addition to cloud backups, WABetaInfo tweeted that local Android backups would also be compatible with the new update. This means that you would also be able to apply password protection to the backups you’re saving locally on your Android phone. WhatsApp does not allow local backups in the case of iPhones.

Gadgets 360 has reached out to WhatsApp for a comment on the password-protected backups and will update this space when the company responds.

Early references of securing chat backups with passwords were found in May 2020. But the feature still seems to be under testing.