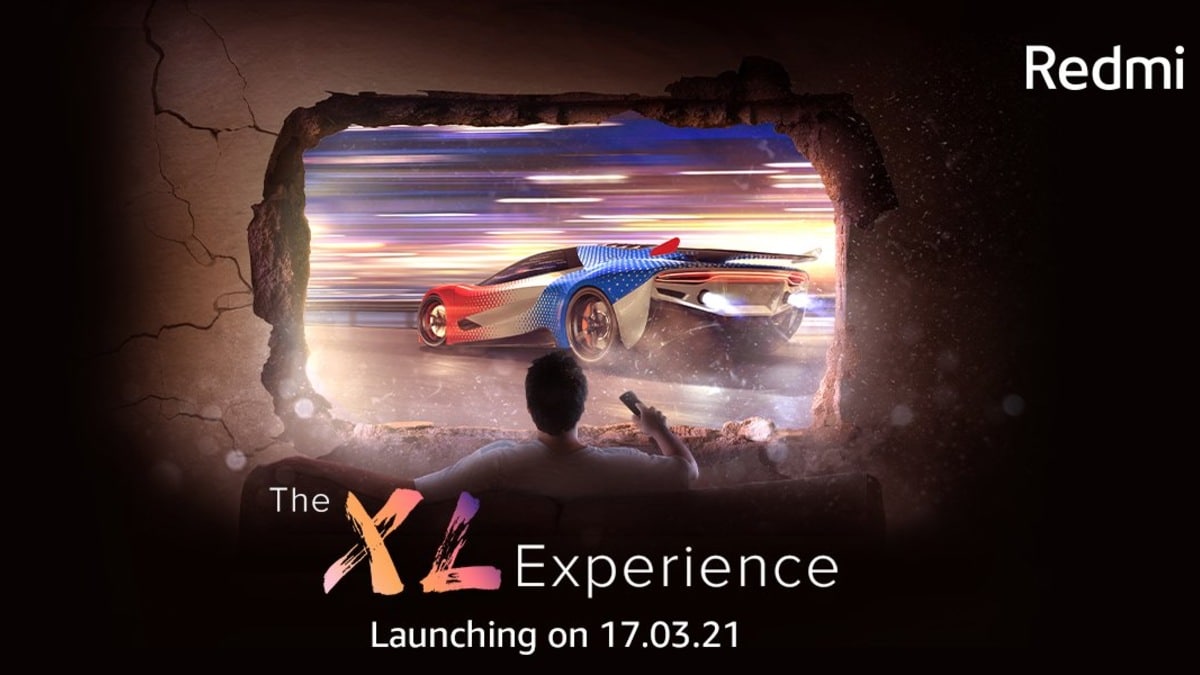 Redmi TV India launch date is set for March 17, the brand revealed on Monday. The Chinese company also sent invites for the launch event. The new development comes days after Xiaomi India Managing Director and Global Vice President Manu Kumar Jain teased the launch of Redmi TVs in the country. Xiaomi sells a range of Redmi TVs in China. The company has so far brought smartphones, power banks, audio accessories, and wearables under the Redmi brand to the Indian market.

Without providing any specific details, the Redmi India Twitter account announced the launch date of the Redmi TV in the country. In mailed invites, the brand is teasing that it is bringing an “XL” experience. However, it is unclear whether it plans to launch multiple Redmi TV models in the country at once.

Last week, Manu Kumar Jain revealed plans to launch the Redmi TVs in the country — during the launch of the Redmi Note 10 series.

“Last year, our Redmi brand took a huge step forward towards its journey into new categories,” Jain had said during the event. “We began our phone-plus strategy and we launched many new product categories such as power banks, TWS, and the fitness band. And this year, in 2021, we are proud to introduce something bigger!”

In China, the Redmi brand has a list of smart TV models with the most recent one being the Redmi Max 86-inch that comes with a 120Hz display refresh rate.

Xiaomi already has its Mi TV range in India that has taken on the likes of Samsung, Sony, and LG as well as Vu, TCL, and other popular smart TV makers in the country.

The Redmi TV launch will take place at 12pm (noon) on March 17. The launch is expected to be held through a virtual briefing that could be streamed live via Xiaomi’s social media channels.