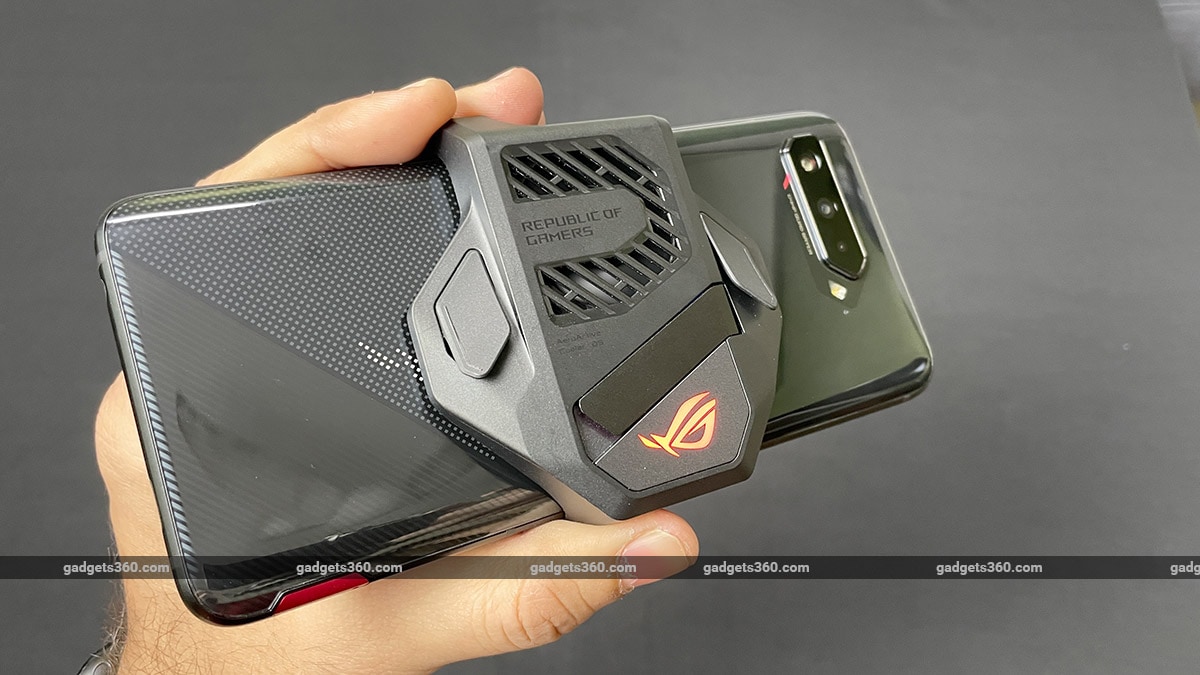 The ROG Phone 5 is the 4th generation gaming smartphone from Asus, and it looks like the company has gone all out. A look at the specifications sheet shows that Asus has put together the best possible hardware. The ROG Phone 5 series is powered by the Qualcomm Snapdragon 888SoC, and comes with up to 18GB of LPDDR5X RAM! So is this the ultimate gaming smartphone that you can buy in India? I got my hands on the ROG Phone 5 and here are my first impressions.

Asus has brought in three smartphones under the ROG 5 series: the ROG Phone 5, ROG Phone 5 Pro, and ROG Phone 5 Ultimate. The latter is loaded to the gills and it will be imported in limited quantities here in India. Asus offers two variants of the ROG Phone 5, the base variant has 8GB RAM and 128GB storage while the higher version has 12GB RAM and 256GB of storage. These are priced at Rs. 49,999 and Rs. 57,999 respectively, and will be available in glossy black or white.

The ROG Phone 5 is a big smartphone and houses a 6.78-inch display with a 20.4:9 aspect ratio. It is an HDR 10+ certified AMOLED panel made by Samsung and offers a full-HD+ resolution. It has a 144Hz refresh rate but is set to 120Hz by default. Asus claims 1200nits of peak brightness. There is Corning Gorilla Glass Victus at the front, and Gorilla Glass 3 at the back. The display has thin bezels on the sides but has slightly thicker ones on the top and bottom, which house stereo speakers. The top bezel also has the 24-megapixel selfie camera and a notification LED. Lift the phone up and you will notice that it is quite heavy at 236g. The frame is made out of metal, but it is rounded which makes it comfortable to hold. The power and volume buttons are on the right side of the frame towards the center which makes them very easy to hit. They also offer good feedback. You also get Ultrasonic AirTriggers on the right side (the top when held horizontally) for gaming. On the left side of the frame, the ROG Phone 5 has a second USB Type-C port for charging, and a proprietary connector for accessories including the Aeroactive Cooler 5. The SIM tray on the left has two Nano-SIM slots but no microSD card slot.

At the back, the ROG Phone 5 has a triple camera setup consisting of a 64-megapixel primary camera which uses pixel binning to deliver 16-megapixel shots, a 13-megapixel ultra-wide angle camera with a 125-degree field of view, and a 5-megapixel macro camera. All of them sit in a thin oddly shaped camera module that protrudes slightly. The ROG Phone 5 has an Asus ROG logo on the back with customisable RGB lighting. The ROG Phone 5 Pro and ROG Phone 5 Ultimate have small secondary PMOLED displays in that spot which can show status information. 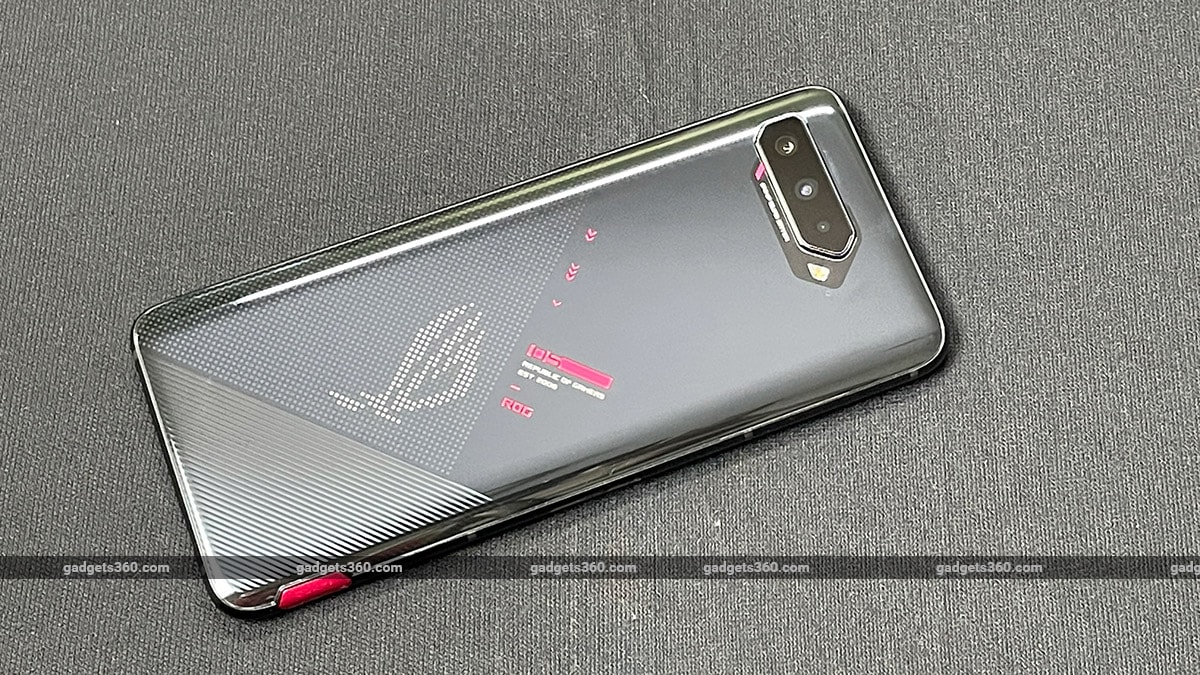 The Asus ROG Phone 5 packs in a 6,000mAh battery which is split into two cells of 3000mAh each to help with fast charging and prevent the phone from heating up under load. The two cells are towards the top and the bottom of the smartphone while the mainboard housing the SoC is in the center. Another benefit of this setup is that the Aeroactive Cooler 5 accessory sits right on top of the SoC when attached, for effective cooling. Asus claims that the ROG Phone 5 is capable of 65W fast charging but only ships a 30W charger in the box. If you want to use faster charging, you will need to buy a compatible charger separately.

The Asus ROG Phone 5 is the first smartphone I have used with the Qualcomm Snapdragon 888 SoC. The processor is clocked at 2.84GHz and should be able to deliver some impressive benchmark numbers. I couldn’t test the ROG 5 phone at this time but I will put it through all our usual benchmark and gaming tests at the time of the full review. Asus ships the ROG Phone 5 with Android 11 and ROG UI on top. The UI is clean and offers a lot of customisations which I’ll cover in the review. The demo unit of the ROG Phone 5 had the January Android security patch which is fairly recent. I did see some preinstalled apps on the phone such as Instagram and Facebook but these can be uninstalled right away, so it shouldn’t be a problem. I did not notice any spammy notifications during my time with the ROG Phone 5.

The Asus ROG Phone 5 is equipped with some of the best hardware available these days and claims to offer the best gaming experience. How well will it deliver on these promises? Stay tuned to Gadgets360 to find out.