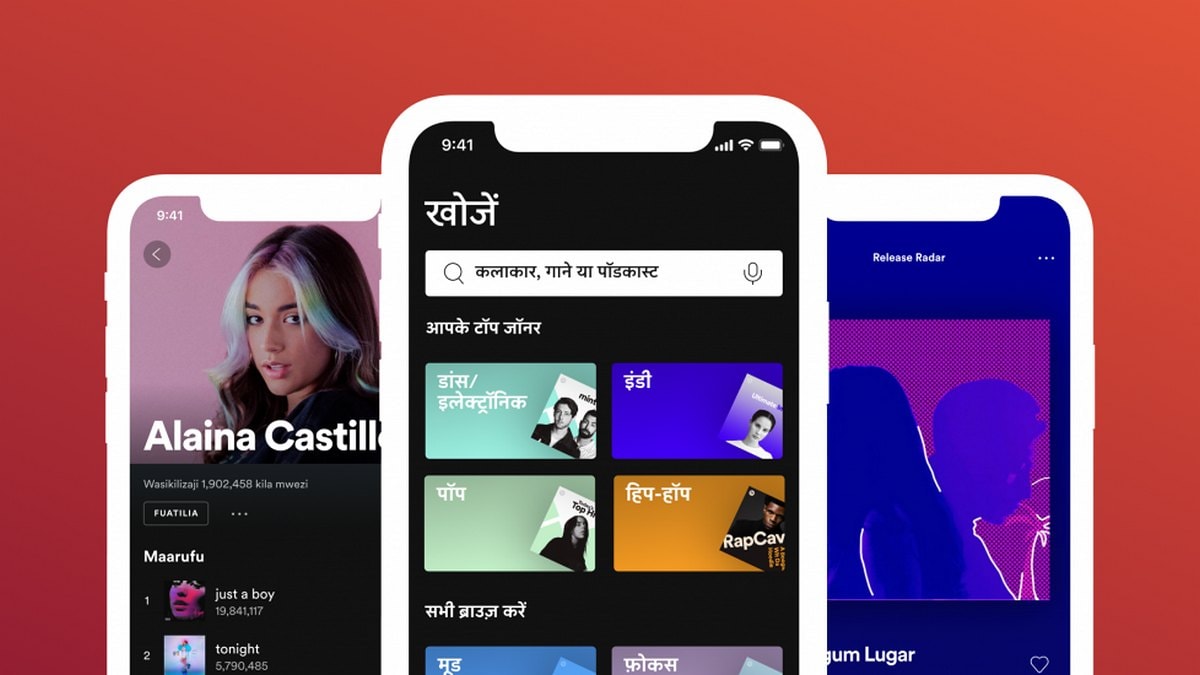 Spotify has now added support for 12 Indian languages for the mobile app. The company announced last month at its online-only Stream On event that it will be adding support for 36 new languages that includes 12 Indian dialects. The languages include Bhojpuri, Gujarati, Hindi, and more. With this update, the music streaming service now supports a total of 62 languages for the app. Spotify recently expanded to 85 new markets across Asia, Africa, the Caribbean, Europe, and Latin America.

The Spotify mobile app has got support for 12 Indian languages including Bengali, Bhojpuri, Gujarati, Hindi, Kannada, Malayalam, Marathi, Odia, Punjabi, Tamil, Telugu, and Urdu. This will allow users to change the UI language of the app to any of the aforementioned languages. As per the official website, the new languages were already available on the Web client and have now started rolling out on the mobile app.

Last month during its Stream On event, Spotify announced support for 36 new languages including Afrikaans, Amharic, Croatian, Slovak, and more will be coming to the app. “This update, which will make Spotify more accessible for speakers of these additional languages worldwide, goes hand in hand with our commitment to building a truly borderless audio ecosystem,” the website states.

The streaming service announced last month that it will be expanding to 85 new markets across Asia, Africa, the Caribbean, Europe, and Latin America. It was launched in India back in February of 2019 and has seen significant growth since, adding one million unique listeners in less than a week. By October 2019, Spotify had outperformed its Indian user base forecast by 30 per cent for the quarter.