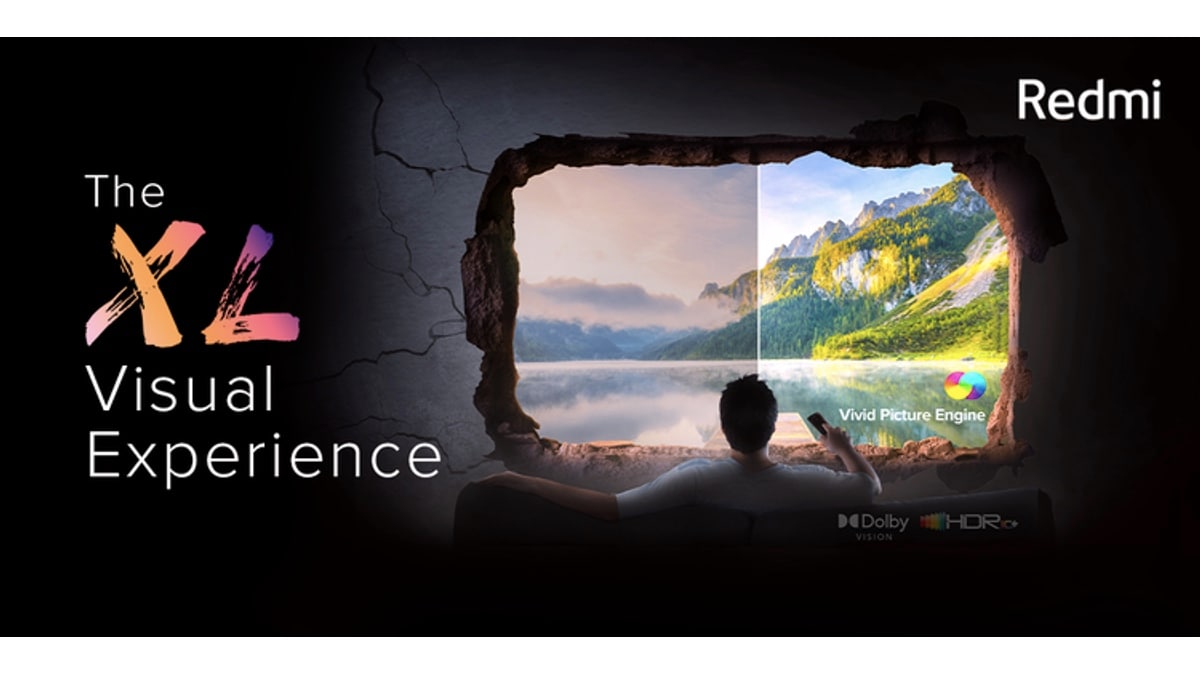 Xiaomi is set to launch the Redmi Smart TV in India on March 17, and has teased that the television will have an ‘XL Experience’ suggesting that it will be available only in big-screen variants with 4K HDR screens. On Thursday, certain features of the TV series were teased by Xiaomi India MD Manu Kumar Jain, and the TV is expected to be the company’s most affordable big screen TV yet in India. The new television follows the Mi QLED TV 4K, which was launched in December priced at Rs. 54,999 for the single 55-inch variant.

The launch date for the upcoming TV had already been announced as March 17. The new tweet from Manu Kumar Jain reveals further details, including some features of the TV. Notably, the tweet further teases an ‘XL Experience’, suggesting that the TV will be available in big-screen variants only; that is, the Redmi Smart TV will likely be available in screen sizes of 55 inches and higher. Furthermore, the tweet mentions that Dolby Vision, HDR10+, and Vivid Picture Engine will be supported, thus practically confirming that this will be a 4K TV with support for HDR.

A short teaser video shows off some design elements of the TV, suggesting that the TV will have a basic, functional design with a focus on the screen size and feature set. Redmi is the company’s affordable brand for smartphones and accessories, so it’s also likely that the Redmi Smart TV will be priced more affordably than the Mi range that has been available in India for a while now. Like the existing range from Xiaomi, it’s also likely that the Redmi TV will run Android TV with the PatchWall user interface.

The company’s last major launch in the TV space was the Mi QLED TV 4K (Review) in December, priced at Rs. 54,999. The first QLED TV in India from Xiaomi, it also features support for Dolby Vision HDR and runs Android TV 10 with both the stock Android TV and PatchWall launchers.