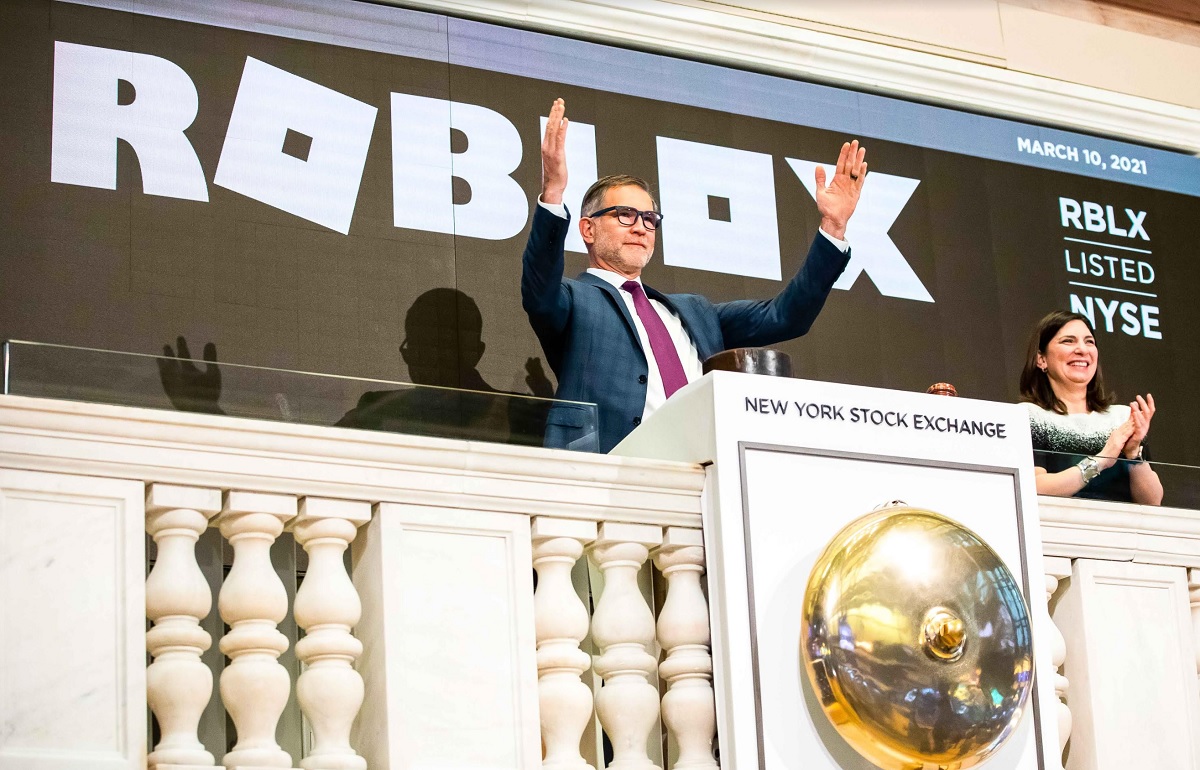 The big events came in a pair this week as Microsoft completed its $7.5 billion acquisition of Bethesda. And user-generating game platform Roblox went public and ended its first day of trading at a valuation of $45 billion — valuable enough to be worth six Bethesdas.

The importance of Roblox

It is staggering how much Wall Street is betting on Roblox as the future of gaming and how much more valuable it considers Roblox’s strategy to be worth compared to Microsoft’s big acquisition of a triple-A game publisher. Roblox is worth more than Electronic Arts ($37.7 billion), Take-Two Interactive ($19.6 billion), Ubisoft ($8.1 billion), and Square Enix ($6.2 billion). All of those companies have far more than Roblox’s 1,000 employees.

These events are in such different spheres that it almost seems like they aren’t part of the same industry. Nevertheless, on Google Trends, searches for Roblox far outnumbered searches for Bethesda or Xbox Games Pass in the past week.

In some ways, Roblox had a big advantage over Microsoft. Roblox’s public offering had everybody on the edge of their seats, while everybody knew that Microsoft’s deal was going to close soon. So much money was at stake here. For Roblox’s direct listing (where employees and investors sold stock but the company itself did not raise money), investors had set a reference trade of $45 a share, that would have valued the company at about $29 billion. The stock opened at $64.50 a share, valuing the company at $41.9 billion, and it closed in first-day trading at $45 billion. Given the choppy stock market, investors might have viewed Roblox’s stock as too choppy.

After all, Roblox’s value on its first day represented about 45 times the 2020 sales of Roblox — an extremely exuberant valuation compared to how game companies have been valued in the past. The value tumbled a bit to $40.6 billion in day two trading, but it’s still far above the $29.5 billion valuation that Roblox had when it raised $520 million in January.

Above: Roblox is now a publicly traded company.

While it’s never good to hype a stock or an industry too much, Roblox’s success with its public offering showed that the game industry still has the confidence of investors. They believe that Roblox might be the leading contender to build the metaverse, or to be the next Disney or Lego with its hold on young players. That means that the door is still open for the love affair between games and investors. And that is a very important thing for the plans of so many game companies that aren’t as far along the road to going public as Roblox.

Now the stock market is pretty temperamental, and Roblox could produce some bad news like a weak quarter that could shatter that confidence. Unity was worth more than $40 billion a few weeks ago, but after it reported its quarterly results, the stock slipped and is now sitting at about $29 billion. It seems so crazy. But if someone like Epic Games wants to follow and go public, the window is wide open.

This is not to say that nobody noticed Microsoft’s completion of its acquisition of Bethesda on Monday and its special video announcement on Thursday of Bethesda’s games moving to Microsoft’s subscription service. Spiketrap, which monitors social media trends, found the reaction to Microsoft’s addition of 20 Bethesda games to Xbox Game Pass to be mostly positive, with a 75 out of 100 rating in terms of positive reactions. That was important news to the hardcore gamers who consume triple-A games.

The only negative reaction to Microsoft’s announcement was when Phil Spencer, head of Xbox, said that future Bethesda titles would be exclusives for the Xbox Series X and PC, with the exception of those that were promised to other platforms under contracts. Sony fans weren’t happy about this, but nobody should have been surprised by Spencer’s statement. But Spencer put it in a way that did not seem anti-competitive. He said Bethesda’s games would available to any platforms that carry Xbox Game Pass. That puts the onus on Sony and Nintendo to carry Xbox Game Pass in their stores — something Microsoft knows won’t happen. This mixed view is why Spencer’s view on exclusives only rated 53 out of 100 on Spiketrap. 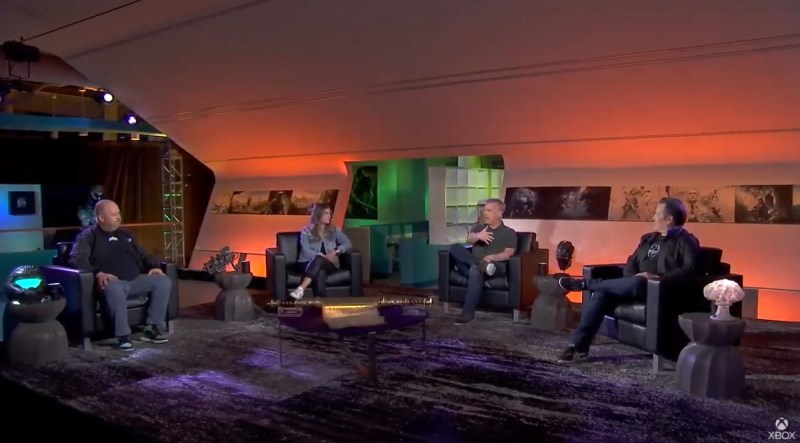 Above: Microsoft and Bethesda leaders celebrate their deal.

When Microsoft first announced its acquisition in September, Spencer had left the door open. He had been an advocate of cross-platform games such as Fortnite, and he told Sony fans that they wouldn’t necessarily lose the Bethesda games that were destined for the PlayStation 5. I figured that this was going to happen, and so it was no surprise to see that Spencer would focus on making future games into exclusives on Xbox Game Pass.

Microsoft hopes to turn the game industry on its head with its subscription service, making the wide availability of titles in the subscription into the primary benefit of owning its Xbox Series X/S consoles. With Bethesda, it finally has enough content — 20 hit games added today — to give Xbox Game Pass the momentum it needs to hit critical mass. With Bethesda, Microsoft is picking up eight game studios that have been putting out outstanding content over the years. Each studio will deliver something important. Shinji Mikami’s Tango Gameworks studio will give Microsoft an important foothold in Japan, and Spencer noted that id Software’s idTech game engine could prove useful to the rest of Microsoft’s game studios. In short, many pluses from the acquisition will materialize for Microsoft in the future. The window for future big acquisitions in games is also wide open, lots of companies are available in games to invest in, buy, or take public.

And so I come around to the notion that both events matter. The both signal the excitement about the game industry — which has had a record number of public offerings, acquisitions, and venture investments in the past year. Both investors and gamers care a lot about what happened this week, and so it suggests to me that the rise of the game industry during the pandemic wasn’t a temporary phenomenon. And brighter days are ahead, even with the shakiness of the stock market and the horrors of the pandemic that are still with us.