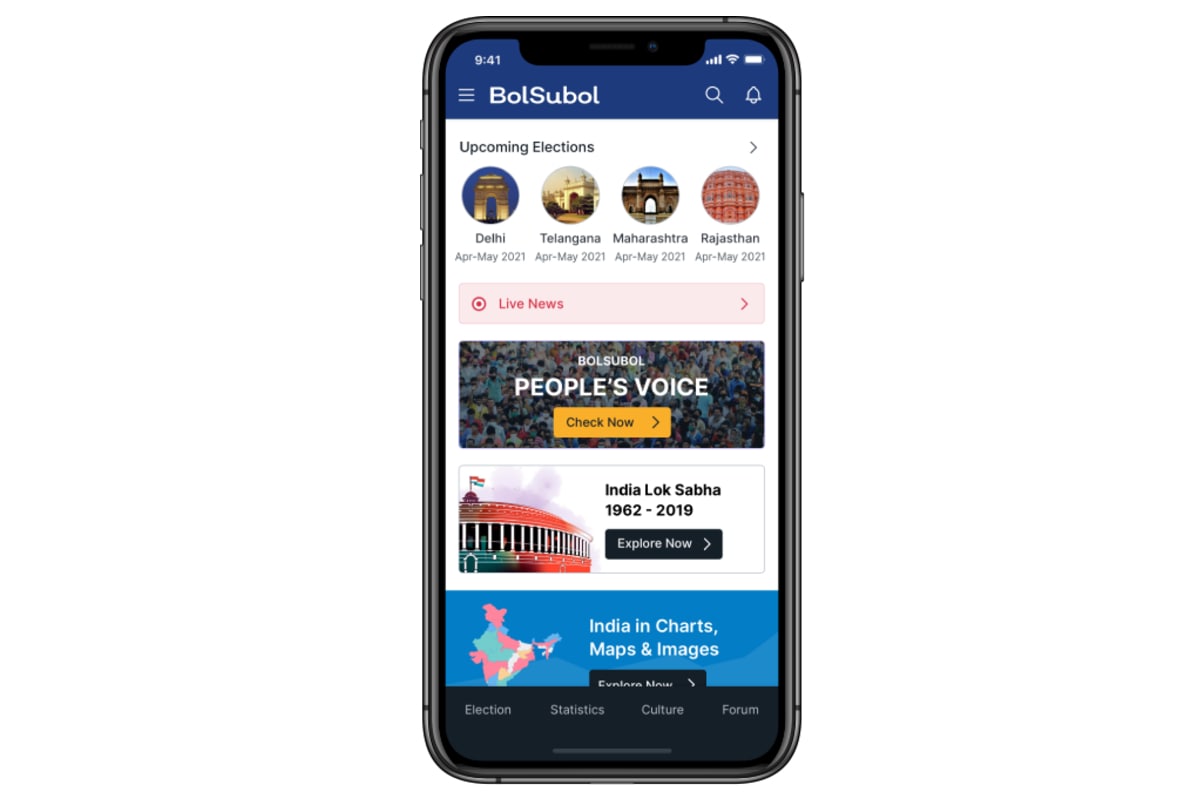 Ahead of the assembly elections in four states and a union territory, a startup firm has unveiled a mobile application with poll statistics and data on the country’s economy to help voters take fact-based decisions before exercising their franchise, company officials said.

The startup – Demokratika- launched the application, BolSubol, which has economic and political information about all the constituencies in India for over 60 years on average, they claimed.

“Except the election commission’s efforts, not much seems to be done by political parties to empower voters. Hence, the app is rolled out. It will offer a powerful microblogging tool,” Ritesh Verma, one of the directors of the company, said on Friday.

Most of the digital platforms related to the field are social networking applications. These do not help voters take fact-based decisions, another director of the firm Sheshagiri Anegondi said.

There is an election knowledge game that users can play, and most of the features of the app are free, the official said.

“Users have to pay for some of the features of the mobile application,” he added. Tamil Nadu, Kerala and Puducherry will go to polls on April 6, while assembly elections in Assam will be held in three phases starting on March 27. The eight-phased polls in West Bengal will be held between March 27 and April 29. Votes will be counted on May 2.