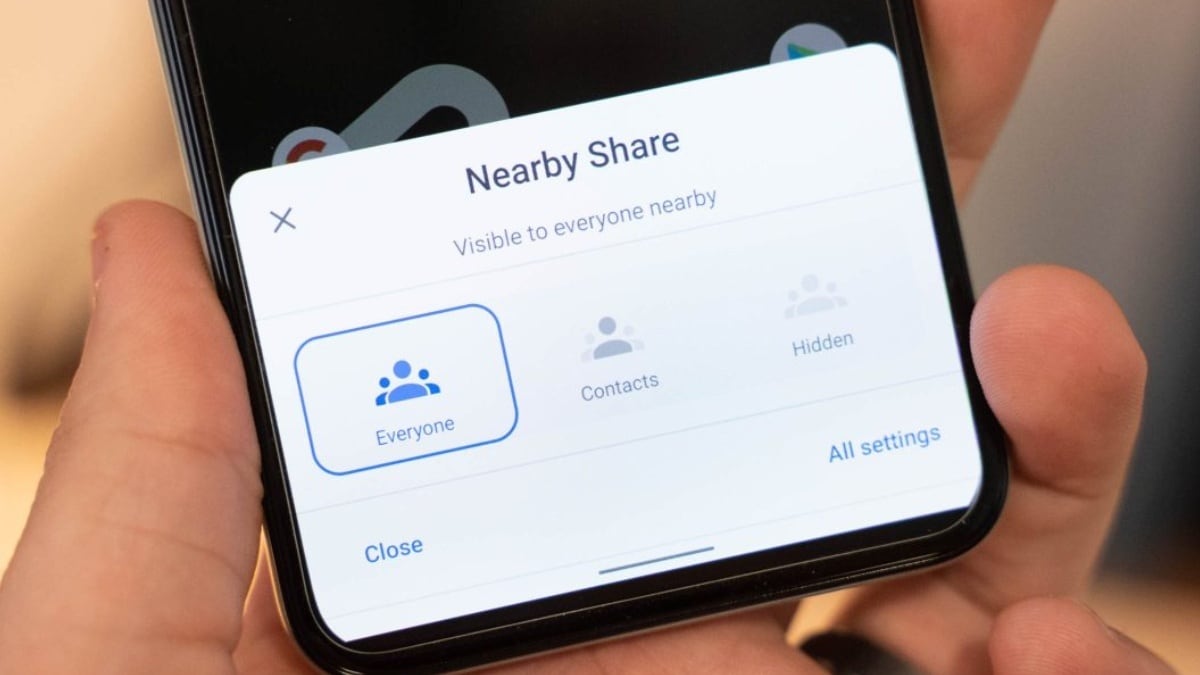 Google is reportedly working on increasing the utility of its Nearby Share feature for Android smartphones. Earlier, the feature allowed Android users to share files and links with their contacts (on an Android device) only. With a new update, users can now reportedly share files with multiple Android users around them at the same time. This setting is optional and allows you to share data as long as the screen is left unlocked. The Nearby Share feature was launched by Google in August 2020 and works in a similar way as Apple’s AirDrop.

As per a report by 9to5Google, Google is planning to extend the visibility for Nearby Share by including an Everyone option. It will detect any Android device and will be able to share any kind of files, links, and/or media to them. The new setting replaces the All Contacts setting that is now a toggle in the Contacts setting. Apart from Everyone, the quick settings icon will also show you the visibility options for Contacts and Hidden. This pop-up menu appears upon tapping the quick settings icon which lets the user select the aforementioned visibility settings. Nearby Share also has a Temporary Mode, where after five minutes the setting reverts back from Everyone to Contacts setting.

The report also mentioned that the Nearby Share feature won’t be able to share media to other devices at the same time but will do so in succession.

Gadgets 360 was unable to verify the new settings on Android phones. It could be possible that the update is being rolled out in phases and may take some time to reach all users.