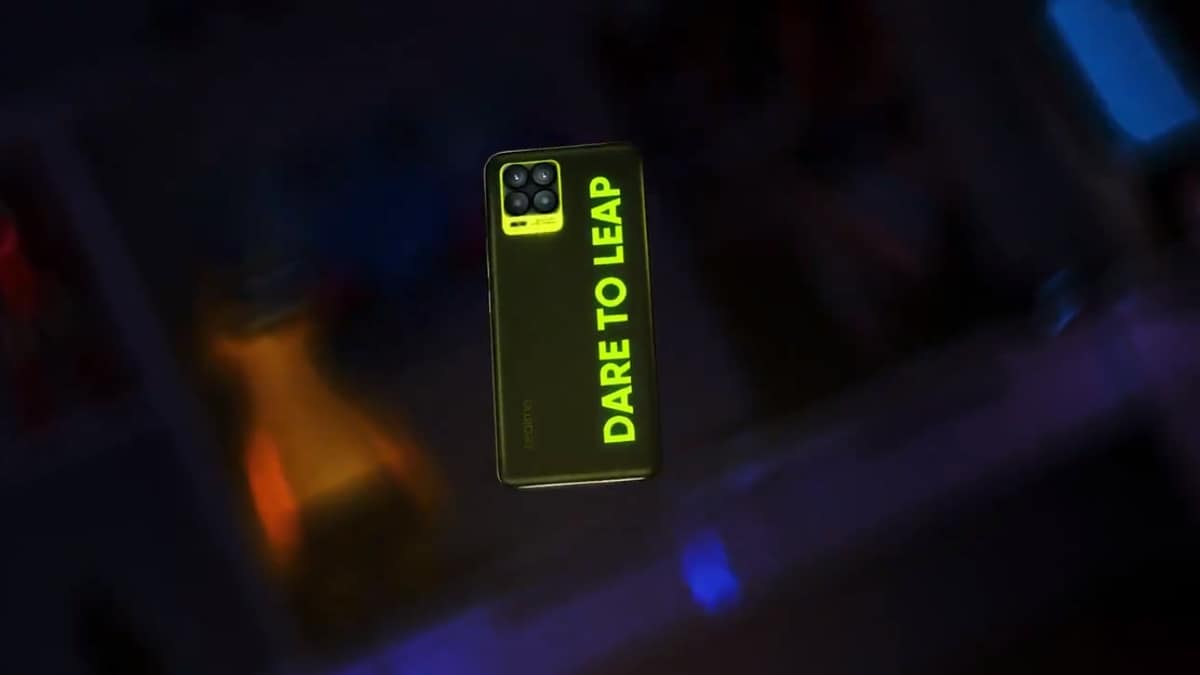 Realme 8 Pro Illuminating Yellow colour option has been teased by the company’s India and Europe CEO Madhav Sheth on Twitter. In a tweet, the executive shared a 12-second video with a caption, “Since you asked for a closer look..” The clip shows the phone’s quad rear camera setup and hints at a special yellow colour option that seems to glow in the dark. The development comes a week ahead of the India launch of the Realme 8 series that includes two models – Realme 8 and Realme 8 Pro.

The 12-second video shared by Sheth gives a good look at the Realme 8 Pro’s back. It shows the phone featuring a bright yellow-coloured camera module and ‘Dare To Leap’ slogan that seem to glow in the dark. It further suggests that in regular lighting conditions, the back looks as if it has a regular yellow colour paint job. The clip gives a good look at the quad rear camera that has already been seen on various other leaks and reports on the Internet.

Realme 8 Pro is a part of the Realme 8 series that will be launched in India on March 24. The smartphone is tipped to feature a 6.4-inch Super AMOLED display and come with the Qualcomm Snapdragon 720G SoC. It has been previously confirmed to feature a 108-megapixel camera sensor while the vanilla model will come with a 64-megapixel primary sensor.

In a premature unboxing video, Realme 8 Pro is seen sporting a standard hole-punch flat display with the cutout placed on the top left corner of the screen. The smartphone is expected to come with a 65W SuperDart charger, a USB Type-A to Type-C cable, and a clear silicone phone case in the box.