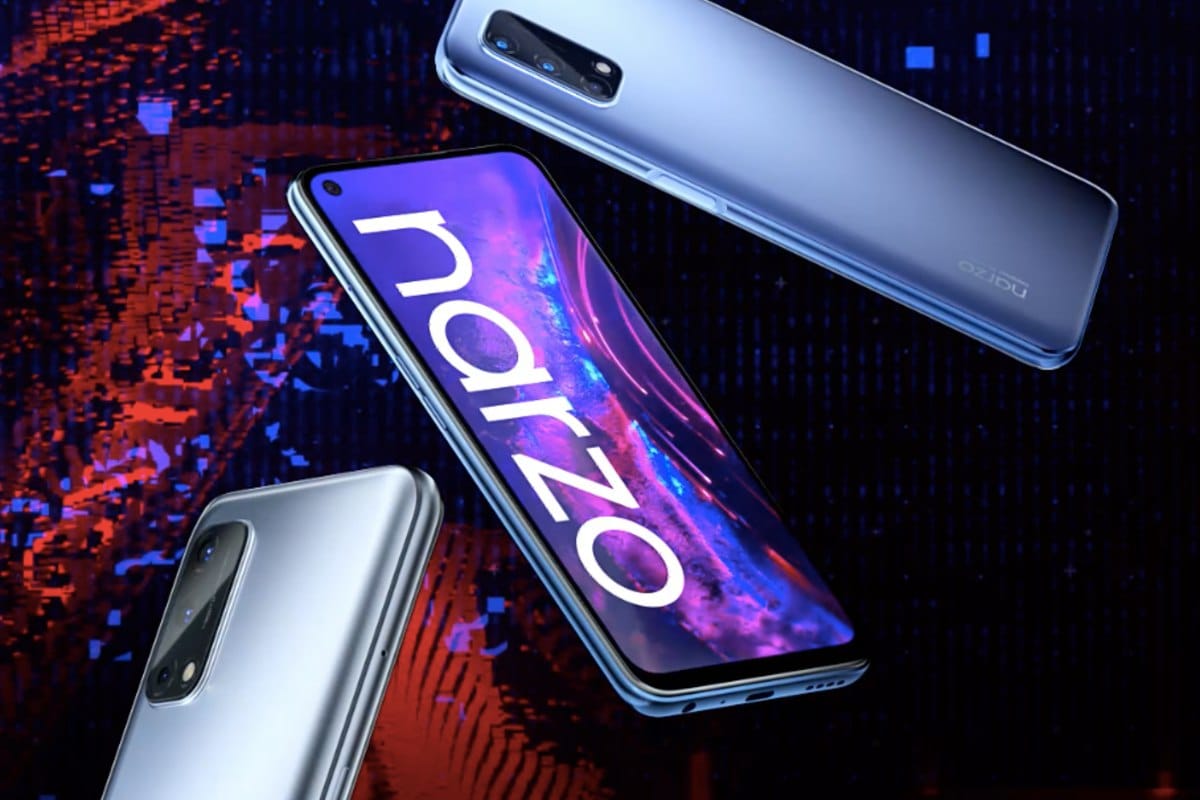 Realme Narzo 30 launch in India is currently in the works and will take place “very soon”, Realme India and Europe CEO Madhav Sheth revealed in a video session. The new Realme phone in the Narzo series is teased to have both 4G and 5G variants. The company launched the Realme Narzo 30 Pro 5G and Realme Narzo 30A as two of its initial phones in the Narzo 30 series in February. Realme however didn’t bring a regular Narzo 30 phone that was initially speculated to arrive alongside the other two models.

In the latest episode of his ‘AskMadhav’ session on YouTube, Realme India and Europe CEO Madhav Sheth said that Realme initially planned a Narzo 30 4G version and recently finished its final stages of testing and development. The company later decided to not just bring the 4G version but also its 5G counterpart.

“After witnessing the increasing demand for 5G smartphones and to match Realme’s strategy as a 5G smartphone leader, we’ve decided to work on another 5G version. So now, we will have Realme Narzo 30 4G and Narzo 30 5G launch together very soon,” Sheth said.

Official details about the Realme Narzo 30 are yet to be revealed.

Alongside the expansion and updates planned for the Narzo 30 series, Sheth revealed that there are plans to launch the Realme Smart Scale in India this month. The device was launched in China last year at a price tag of CNY 129 (roughly Rs. 1,400).

Sheth also announced that the Realme SLED 55-inch Smart TV would receive an Android 10 update in the third quarter. He also mentioned that the company is “evaluating” the launch of the Realme GT in the country.

Meanwhile, Realme is also busy preparing the global launch of the Realme 8 series. Sheth said that the new series will run on Realme UI 2.0 out-of-the-box. He also teased a Realme 8 Special Edition in Illuminating Yellow colour option that will illuminate in the dark.

Jagmeet Singh writes about consumer technology for Gadgets 360, out of New Delhi. Jagmeet is a senior reporter for Gadgets 360, and has frequently written about apps, computer security, Internet services, and telecom developments. Jagmeet is available on Twitter at @JagmeetS13 or Email at jagmeets@ndtv.com. Please send in your leads and tips.
More