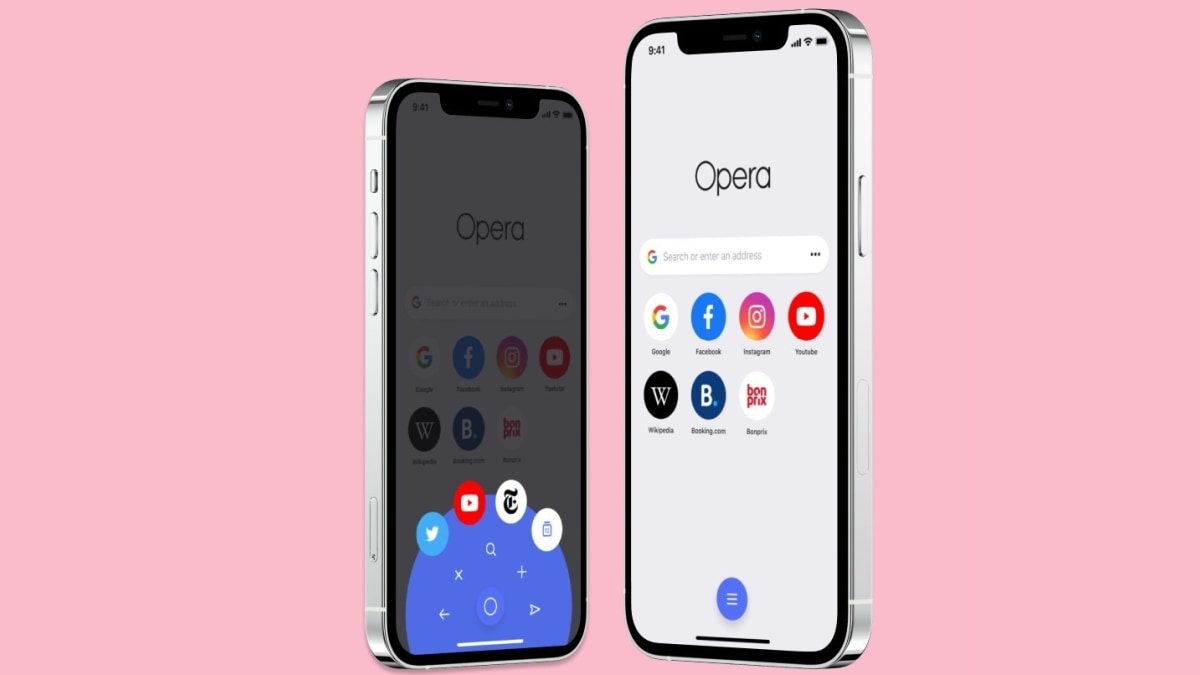 Opera has revamped its Opera Touch browser for iPhone and iPad models to commemorate its third anniversary on the platform, and rebranded it to just ‘Opera’ in the process. With the update, the browser gets a modern UI that keeps the minimalistic style and core functionalities of its predecessor but revamps animations, colours, themes, and a few other visual changes including a flatter design. The fast action button that is iconic of Opera Touch’s design remains, giving users the ability to browse conveniently with one hand.

In a blog post announcing the rebranding of Opera Touch to Opera for iOS, the company said “The most noticeable changes will be in the revamped UI aspects of the browser, like new colours being introduced. If you use Opera on your iOS device, you will also notice the purple logo on the home screen changing to red. Other visual changes will be happening in the background animations of the main UI as we introduce a cleaner and smoother design for a more refined look and feel.”

Apart from these changes, Opera gets new themes with “intense and impactful” colours, while the fast action button now has less transparency than before. The company says all the popular features of Opera Touch have been brought forward to the new version, including speed dial bubbles, the built-in ad-blocker, cookie dialogue blocker, the Flow cross-device sync feature, cryptocurrency mining protection, and the Crypto-Wallet.

In a press release, Jona Bolin, Product Manager for Opera for iOS, explained the importance the launch of iOS 14 had for the company “Since the introduction of iOS 14 last year, when Apple announced users could change their default browser, we have seen tremendous interest in our flagship browser for iOS, particularly from users in North America and Europe.”

“We plan to keep adding additional UI changes in the upcoming months. These additions will improve usability and aesthetics to give our users a more enjoyable browsing experience on their beautiful iOS devices. This is something unique that no other browser available on the App Store currently offers.” added Bolin.

The revamped and rebranded Opera browser for iOS devices is listed on the App Store. In other Opera-related news, the browser for Android got an update recently that brings features like an integrated media player, WebSnap feature, and better access to the QR scanner. The v61 update also fixes more than 300 issues and supports a picture-in-picture feature.

Impact of FTX Meltdown on Crypto Space
Samsung Galaxy A71 5G Gets Android 13-Based One UI 5.0 Update: Report
Amazon Said to End Two EU Antitrust Probes by Year-End to Avoid Fine
What Are WhatsApp Polls and How Do You Use Them? All You Need to Know
Apple May Have Shelved Plans to Launch Affordable Pencil: Report