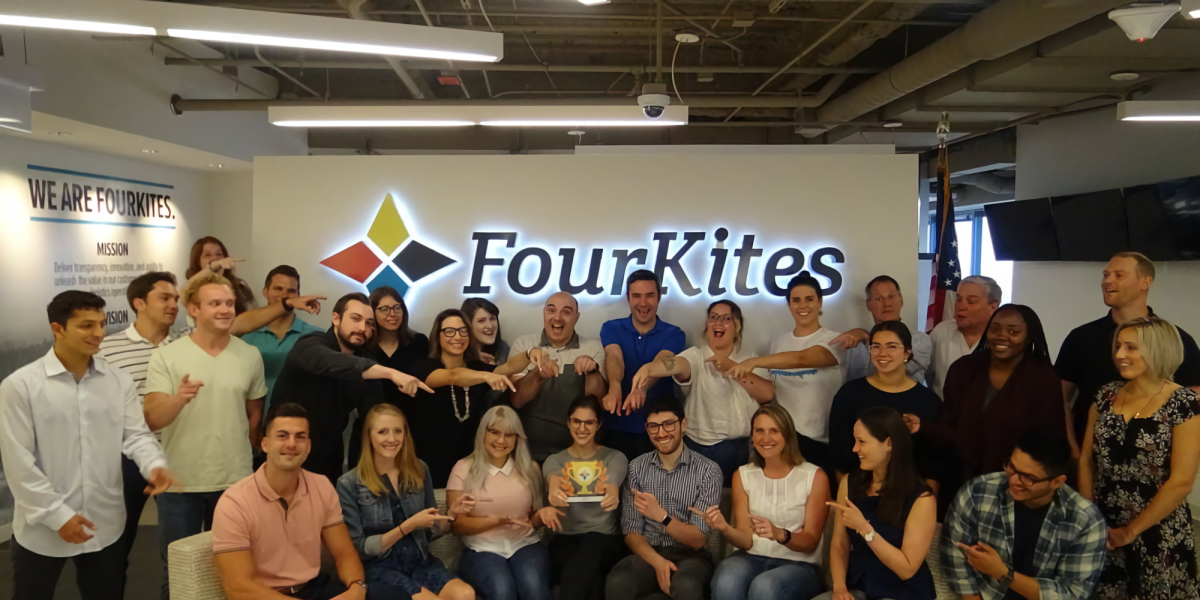 Chicago, Illinois-based supply chain visibility platform FourKites today said that it raised $100 million in series D financing, bringing its total raised to over $200.5 million. The company says that the capital will be toward product development as FourKites expands its global reach.

Supply chain challenges are myriad in the pandemic world. For retail, it’s estimated that inventory is accurate just 63% of the time, on average. But stakeholders with superior visibility into their supply lines consistently outperform the competition. Seventy-nine percent of companies with high-performing supply chains achieve revenue growth greater than the mean within their industries, according to Logistics Bureau.

FourKites, whose customers include Coca-Cola, AB InBev, and Walmart, claims to track over 1 million shipments daily and 1 billion events monthly reaching 176 countries across road, rail, ocean, air, and parcel. More than 500 of the world’s largest brands including 9 of the top 10 consumer packaged goods companies use FourKites in their logistics and transportation workflows, according to the company, as well as a network of over 450,000 couriers.

CEO Matt Elenjickal says that the idea for FourKites evolved from his time as a supply chain consultant, where he worked with Fortune 50 enterprises that often struggled with the need for basic supply chain visibility. Elenjickal founded the company in 2014 to address what he saw as a key gap in the logistics space: the lack of real-time visibility. In doing so, he made FourKites one of the first companies to deploy GPS-enabled electronic logging devices, ostensibly allowing shippers to improve on-time delivery and optimize their supply chains based on data and predictive intelligence.

FourKites provides a real-time view of supply chain and carrier performance for shipments, with tools that enable companies to manage exceptions before they occur and deliver notifications to recipients. On the procurement and planning side, clients get insights for store operations, including product availability and labor planning, in addition to tracking for in-transit and in-year freight.

“FourKites primarily uses data science in service of improving supply chain performance. Predicting estimated time to arrival is the bread and butter of this industry because that drives a lot of decision-making,” Elenjickal told VentureBeat via email. “We monitor over 230 ports and use more than 150 data points associated with a single load — chiefly shipper, carrier, lane, terminal, route, journey, rest patterns, load, traffic, and point-in-time weather — to drive our models. Models are trained on roughly 2 million shipments spanning trucks, trains, air, rail and water shipments across the countries being tracked on our platform at any given time. They’re tuned to be sensitive to shipper, warehouse, lane and carrier behavior.”

In September 2019, FourKites, which recently grew beyond 500 employees, launched FourKites Community, a forum that gives customers the ability to connect with other shippers and third-party logistics providers in the FourKites network. It’s a part of FourKites’ plan to hit $100 million in revenue within the next two years.

However, FourKites faces formidable challenges not only from competitors including Shippeo, Descartes, and Transporeon, but from headwinds arising from the pandemic. Early in the COVID-19 crisis, Amazon and other ecommerce retailers were forced to restrict the amount of inventory suppliers could send to its warehouses. Ecommerce order volume increased by 50% compared with 2019, and shipment times for products like furniture more than doubled in March 2020. Overall, U.S. digital sales have jumped by 30%, expediting the online shopping transition by as much as two years.

To address this, in May 2020, FourKites announced new collaborative features designed to reduce human contact and decrease the risk of virus transmission to frontline workers. Among these were paperless document processing, customer notifications, enhanced instant messaging, and capabilities for retailers that enable them to track last-mile shipments from local warehouses to outlets. Just two weeks after the COVID outbreak in the U.S., FourKites introduced a publicly available live network congestion map that spotlights cross-border freight movements across North America, Mexico, and Europe; port delays; and interstate transit metrics, as well as free services to better support shippers, carriers, and drivers with data and transparency. 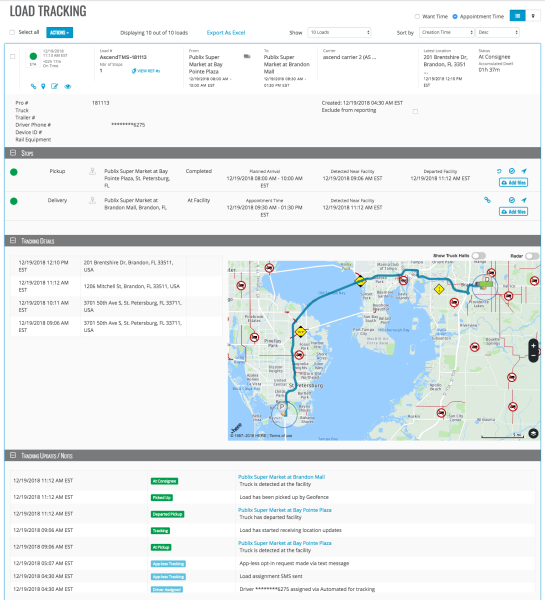 Elenjickal notes that New York City’s Economic Development Corporation (NYCEDC) used FourKites platform data to monitor the food supply chain across NYC at the beginning of the pandemic. By tracking stops that shippers were making to ZIP codes within the city, the NYCEDC was able to better understand where there may be geographic disparities or product-level trends over time so that it could more effectively keep food flowing throughout NYC. In addition, the City of New York was able to closely monitor interstate trucking and coordinate with regional and national trucking associations, port authorities, and the U.S. Federal Emergency Management Agency to ensure that truck drivers continued to be able to access the city and bring in product. NYC created temporary truck rest areas for drivers and worked with FourKites to push notifications and updates regarding new rest areas to all drivers within 50 miles of New York City via CarrierLink, FourKites’ mobile app for drivers.

“The COVID-19 pandemic and ensuing economic shutdowns did not have the effect on freight that many thought they would. In fact, the initial disruptions caused by the shutdowns drove more interest in freight visibility solutions,” Elenjickal said. “Communication became absolutely critical during COVID, and that is a trend that’s here to stay. Many of us have dreamed of this happening. But this is what the next 5 to 10 years of supply chain is going to look like, and we’re excited to be creating the technology that can facilitate it.”

Going forward, Elenjickal says the plan is to grow FourKites’ presence and customer success teams, particularly in Europe, Asia Pacific, and India. “If you look at the strategic investors in this growth financing, we are now evolving beyond transportation visibility into true end-to-end supply chain visibility so that you know exactly what is happening in your supply chain, anywhere and everywhere, at any given point in time,” he said. “We will be connecting the physical and digital worlds of warehouses, yards, stores and transportation with real-time data and machine learning.”