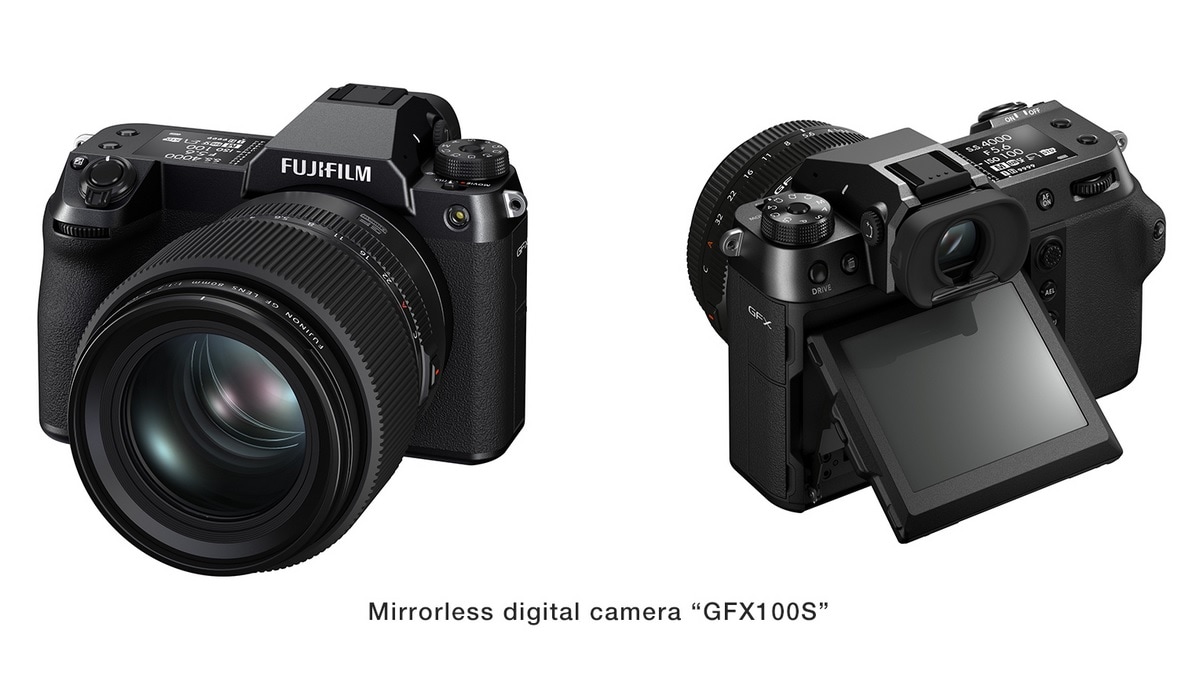 Fujifilm GFX100S mirrorless digital camera has been launched and it boasts of featuring the “world’s highest 102-megapixel large format sensor.” This sensor is about 1.7 times the size of a 35mm full-frame sensor and the GFX100S can deliver 100-megapixel images in a handheld form factor that weighs 900 grams. It comes with the same image sensor – X-Processor 4 – that is also present in the predecessor Fujifilm GFX100. The mirrorless camera comes with a new Film Simulation mode that delivers an image similar to the “New American Color” photography format from the 1970s.

Fujifilm GFX100S is priced at $5,999 (roughly Rs. 4,38 lakh) for the body only, as per a listing on BHPhotoVideo. Fujifilm GFX100S will be available starting late February 2021 but the BHPhotoVideo listing states shipping is expected to start from March 11. As of now, the camera is listed on the Indian website as well but without pricing or availability.

The Fujifilm GFX100S camera comes with a mechanical/ electronic focal plane shutter and single/ continuous/ manual focus options. It comes with face/ eye detection as well. There is a 0.5-inch OLED colour viewfinder with built-in eye sensor and approximately 3.69 million dots. The LCD monitor is a 3.2-inch touch screen that supports tilt adjustment in three angles.

Fujifilm GFX100S is capable of recording 4K footage at up to 29.97fps for up to 120 minutes. In full-HD mode, it can do up to 59.94fps for up to 120 minutes. There are 19 film simulation modes that include PROVIA/Standard, Velvia/Vivid, ASTIA/Soft, Classic Chrome, PRO Neg.Hi, and others. For connectivity, the mirrorless camera comes with Wi-Fi, Bluetooth 4.2, HDMI Micro connector (Type-D), 3.5mm microphone and headphone connectors, 2.5mm remote release connector, and a USB Type-C port.

Fujifilm says the GFX100S is rated for up to 460 frames for still images in normal mode and up to 95 minutes while recording continuous 4K video. For full-HD video, it can deliver approximately 110 minutes of recording time. In terms of storage support, the GFX100S works with SD card, SDHC card, SDXC card, UHS-I/ UHS-II/ Video Speed Class V90.