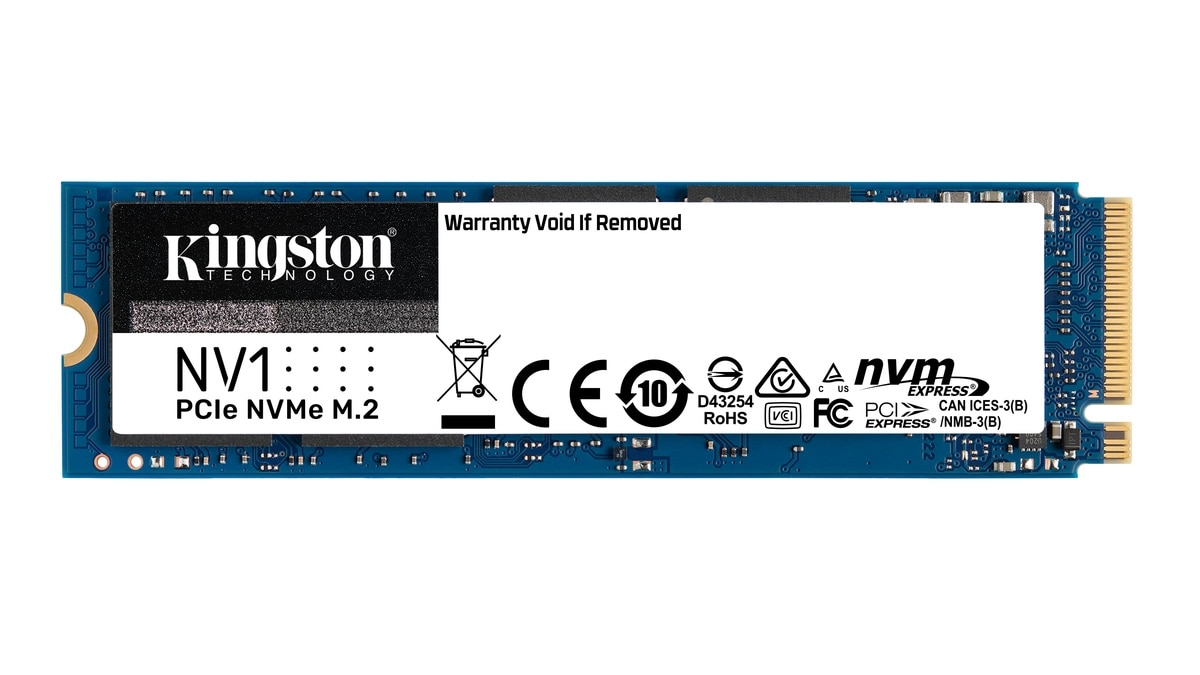 Kingston Digital has launched its entry-level NVMe SSD, the NV1 NVMe PCIe SSD. It is offered with 500GB, 1TB, and 2TB storage options, and thanks to its M.2 form factor, is meant for small form factor PCs and thin laptops. The SSD is offered with a limited three-year warranty. Kingston Digital hasn’t announced any information regarding when the SSD will be released, nor has it given out any information regarding the prices. However, expect the NVMe SSD to arrive on the shelves soon. Kingston Digital claims that the M.2 NVMe SSD is three times faster than SATA-based SSDs.

In a press release, Kingston Digital announced its latest budget NV1 NVMe PCIe SSD. The latest SSD features read/ write speeds of up to 2,100 MBps/ 1,700MBps respectively. Kingston Digital also claims that it uses less power, emits less heat, and has quicker load times that makes it ideal for systems with limited space. In addition to the three-year warranty, it also has free tech support from Kingston. It connects using a PCIe Gen 3.0 interface and has a M.2 2280 form factor with a 7-gram weight.

“Kingston is pleased to announce the next entry-level offering in its NVMe PCIe SSD product family to meet the needs of new and existing users,” said Tony Hollingsbee, SSD business manager, Kingston EMEA. “Whether users are upgrading a system or planning a new build, NV1 is designed for speed and dependability at an affordable price.”

According to analyst firm Forward Insights, as cited by Kingston Digital, the company shipped over 20 million SSDs globally in 2020. Kingston also added an mSATA version of its KC600 SSD to help support upgrades for older laptops.

In other SSD-related news, Samsung recently announced its first DRAM-less SSD, the 980 NVMe M.2. DRAM or Dynamic Random Access Memory is used for mapping the contents of an SSD, without which it becomes difficult to quickly and efficiently access data. Samsung utilises a technology called Host Memory Buffer that helps directly link the SSD to the host processor’s DRAM. The 980 NVMe SSD is offered with 250GB, 500GB, and 1TB storage options.