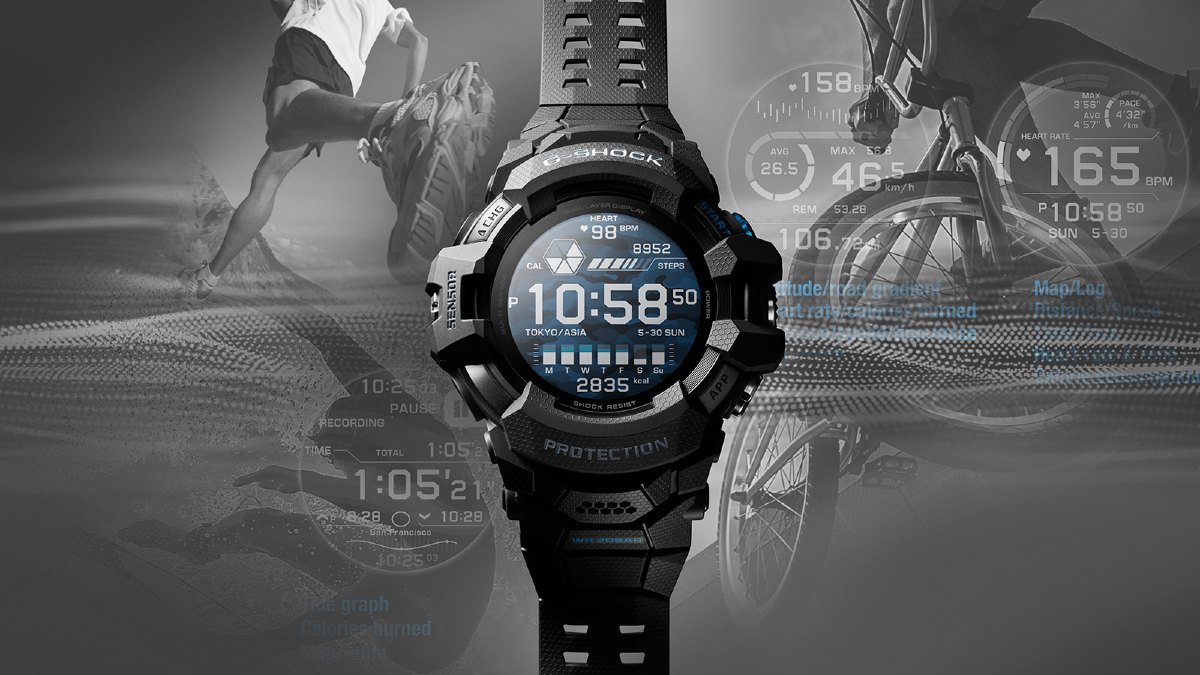 Casio G-Shock GSW-H1000 powered by Google’s Wear OS was launched on Thursday. The rugged smartwatch offers 200-metre water resistance and features a wide range of activity options including running, indoor workouts, road biking, swimming, as well as surfing and snowboarding. The G-Shock smartwatch also comes with an optical sensor to measure heart rate. It features a dual-layer display — an always-on LCD for time display and a colour LCD for high-definition display of maps, sensor data, and more.

The Casio G-Shock GSW-H1000 is priced at GBP 599 (roughly Rs. 60,600) in the UK. As per a report by Engadget, the smartwatch is priced at $700 (roughly Rs. 51,300) in the US. The watch has not been listed on the official website in the US yet. The smartwatch from Casio will reportedly become available for purchase in May. Details about its availability in other markets including India have not been announced yet.

Casio G-Shock GSW-H1000 is the company’s first G-Shock watch — part of its G-Squad lineup — to be powered by Wear OS by Google. It comes equipped with a 1.2-inch capacitive touchscreen dual-layer display — a colour TFT LCD (360×360 pixels) and a monochrome LCD. The monochrome display come with always-on function to show time, while the colour LCD shows maps, notifications, sensor data, and other information. The Wear OS watch works with both Android and iOS devices.

As per a Casio blog post announcing the launch, the Casio G-Shock GSW-H1000 smartwatch comes with air pressure/ altitude sensors, accelerometer, gyrometer, compass (magnetic) sensor, and an optical sensor (PPG Heart Rate). The Casio original app built into the watch provides support for 15 outdoor activities including running, cycling, and 24 indoor workout options. It also allows the wearer to add up to 8 original indoor workouts to supplement the 24 preloaded options.

The Casio G-Shock GSW-H1000 smartwatch comes with 200-metre water resistance, and the company is touting the corrosion-resistant titanium case back and titanium carbide finish that provide enhanced abrasion resistance. It features a urethane band for flexibility and durability, as well as “special components between the band and case to ensure a very comfortable fit”. The watch also comes with GPS (including GLONASS and QZSS).

The data recorded by the Casio G-Shock GSW-H1000 smartwatch can be tracked via the G-Shock Move app, available on the Google Play store and Apple’s App Store. It comes with a Sensor Overlay function that allows users to combine video and still images of their activities with data captured by the watch in order to create layered visual media, which can be shared on social media.

As per Casio, the G-Shock GSW-H1000 smartwatch can be fully charged in about three hours and is claimed to deliver up to 1.5 days of power under normal use (colour display). In the Multi Timepiece Mode (which is essentially timekeeping and sensors only), the smartwatch is claimed to offer about a month’s run time. The watch also features Bluetooth v4.2 and Wi-Fi 802.11 b/g/n connectivity. It measures 65.6×56.3×19.5mm and weighs 103 grams (including wristband).