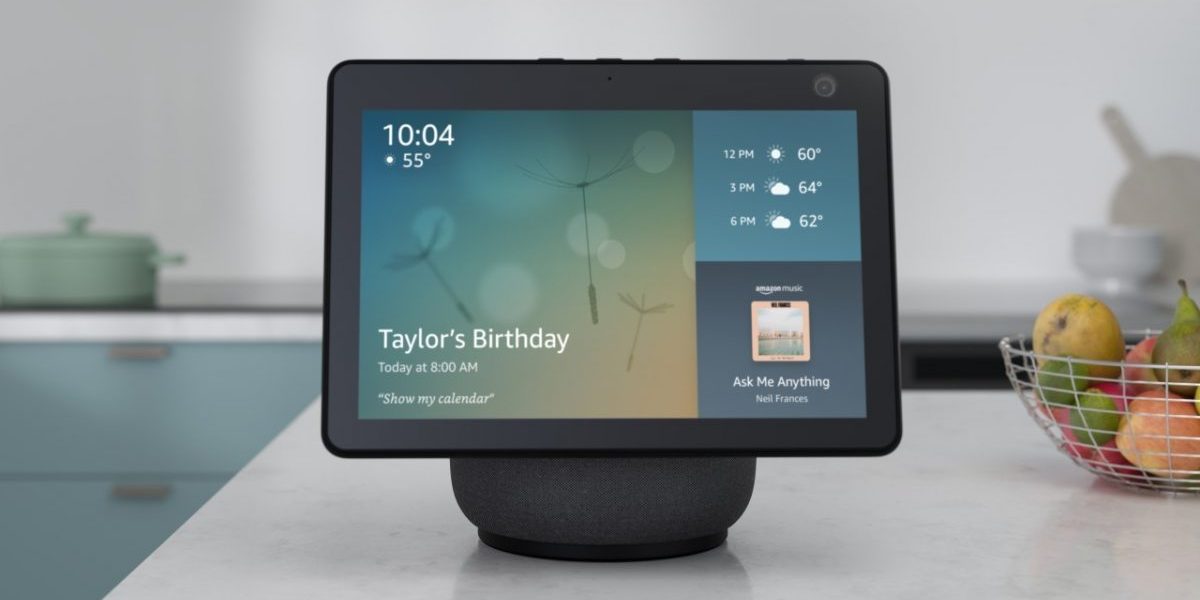 Amazon today unveiled a new version of its Alexa Presentation Language (APL), the visual design framework that allows developers to build visual apps on Alexa-enabled devices. This new version includes support for three choreographed motions on the Echo Show 10, the first-party Alexa-enabled device with a motorized base that was released last month. Also in tow is improved support for Fire tablets and custom on-screen transitions, as well as faster animations.

The pandemic appears to have supercharged voice app usage, which was already on an upswing. According to a study by NPR and Edison Research, the percentage of voice-enabled device owners who use commands at least once a day rose between the beginning of 2020 and the start of April. Just over a third of smart speaker owners say they listen to more music, entertainment, and news from their devices than they did before, and owners report requesting an average of 10.8 tasks per week from their assistant this year compared with 9.4 different tasks in 2019. According to a new report from Juniper Research, consumers will interact with voice assistants on 8.4 billion devices by 2024.

APL became generally available in September 2019, and it supports all Alexa devices with screens, including Fire TV devices. This latest release better supports multimodal apps at a time when multimodal app usage on Alexa devices is on the rise. Amazon says that on average, APL-based multimodal apps are seeing more than 3 times the number of monthly active users compared with voice-only apps. Moreover, apps that have implemented APL video have nearly double the customer engagement of voice-only apps, according to the company.

The new choreographed motions in APL (version 1.6), which Amazon calls “choreos,” are:

Amazon says the choreos were created by designers working from home during the pandemic. The inspiration, testing, and final designs were completed outside the office, starting from sketches, and came together in about six weeks.

APL 1.6 also introduces a change to the APL authoring tool that enables it to convert Lottie files into Alexa Vector Graphics (AVG). (Lottie is an open source animation file format popular among web designers,)  Once converted, the AVGs can be used in an app’s visual responses.

Amazon has also increased the limit for visual app responses from 24KB to 120KB to support “even more complex and engaging customer experiences.” Beyond this, the company says it has expanded APL beyond Show Mode on supported Fire tablet — the mode that effectively takes Fire tablet displays full-screen. APL 1.6 lets developers create custom layouts for new screen sizes and adapt their responses as devices flip between portrait and landscape orientations.