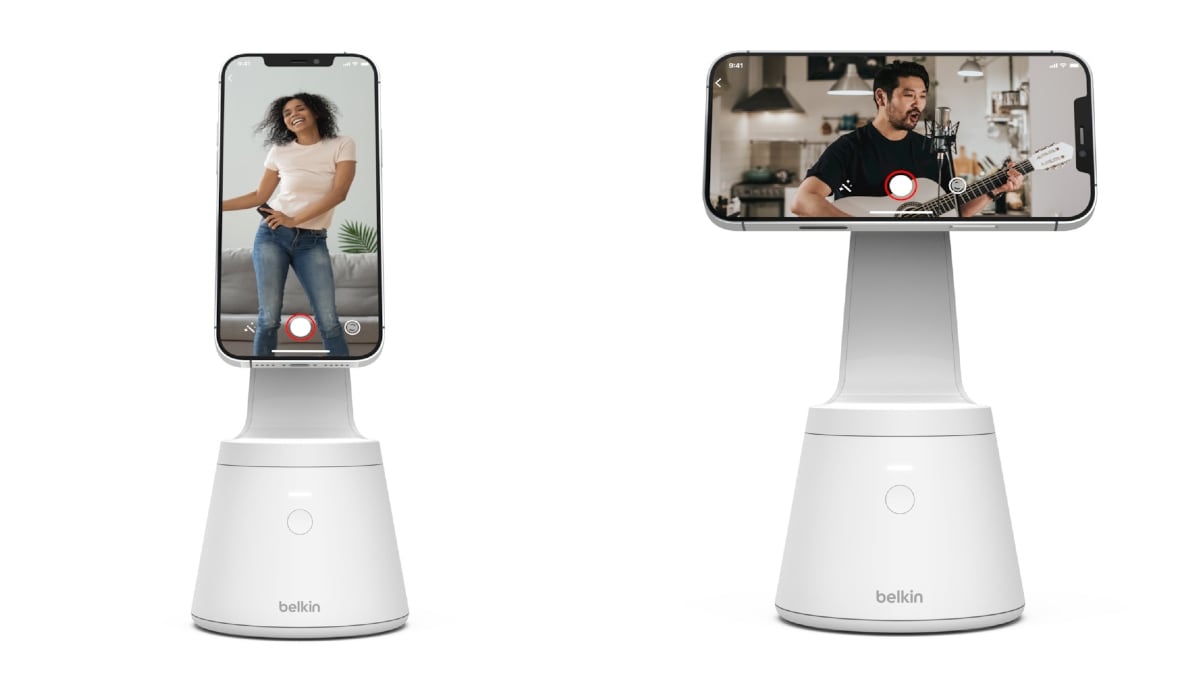 All the chargers and accessories are listed on the company website. Except the Boost Charge Magnetic Portable Wireless Charger Pad (7.5W), none of the accessories are available for purchase right now, and users in the US can opt for the ‘Notify Me’ option to get a notification when they become available. Belkin Boost Charge Magnetic Portable Wireless Charger Pad (7.5W) can be purchased from the company’s US online store. As mentioned, the charger is priced at $29.99 if you purchase it without the power supply. However, in case you need the power supply, you will need to shell out $39.99 (roughly Rs. 2,900).

Belkin Magnetic Fitness Phone Mount is usable when you are working out. It allows users to attach their iPhone 12 to magnetic surfaces on indoor gym equipment with MagSafe technology, or attach it to handlebars with an included strap. There is a 360-degree ball joint inside the mount which allows users to adjust their phones at any angle while they stream content during the workout session.

Belkin also launched the Magnetic Phone Mount with Face Tracking that works in tandem with an app that is available on the App Store. The app can be accessed by scanning a QR code link in the quick start guide and the code on the bottom of the product. The app recognises users’ faces and follows their movements. Since it has 360-degrees of rotational coverage, the recording can be done in an angle in landscape and portrait orientations. The app also links directly to users’ social media channels like Instagram, Facebook, TikTok, among others.

The 2,500mAh power bank is so compact that it snaps magnetically onto the phone, and doesn’t even block the camera. It is claimed to offer up to 50 percent power, or up to 8.5 extra hours of video playback time. There is also a 10,000mAh portable wireless charger. It is a 2-in-1 device that can be used as a wireless charging pad when connected to a walled charger, and as a power bank when users are on-the-go. It attaches to the phone’s back and provides fast wireless charging up to 7.5W. It is claimed to fully charge the iPhone 12 two times and offers up to additional 34 hours of video playback.

iPhone 12 Pro Series Is Amazing, but Why Is It So Expensive in India? We discussed this on Orbital, our weekly technology podcast, which you can subscribe to via Apple Podcasts, Google Podcasts, or RSS, download the episode, or just hit the play button below.