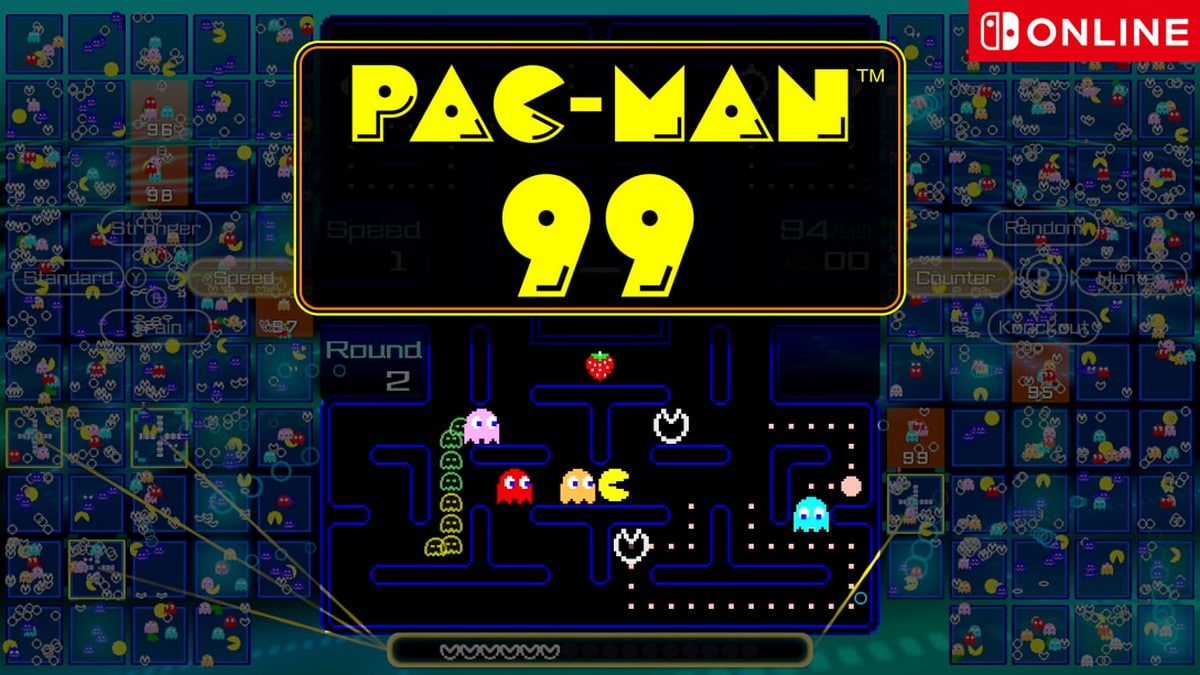 Pac-Man 99, a new battle royale game set in the Pac-Man universe, has been announced for Nintendo Switch. The game will be available on April 7, 6pm PST (April 8, 6:30am IST) free-of-cost for Nintendo Switch Online members. Being a battle royale game, the concept is self-explanatory but with some key differences. There are power-ups, individual-yet-simultaneous games, targeting options, and more. Pac-Man 99, published by Bandai Namco, has paid DLC packs as well that will be available at launch.

Nintendo of America tweeted on Wednesday that Pac-Man 99 will be released for Nintendo Switch Online members on April 7, 6pm PST (April 8, 6:30am IST). The battle royale game does things a little differently as the 99 players who go up against each other are not in the same maze or match but are playing their own individual matches at the same time as you — like Tetris 99. The last Pac-Man standing wins.

As is typical with Pac-Man games, you have to collect dots and stay away from the ghosts. There are power-ups that will allow you to consume the ghosts for a limited amount of time. But in Pac-Man 99, the ghosts that you consume will be sent to another player’s game as a Jammer Pac-Man, making things more difficult for them. One of the strategies explained in the video shared in the tweet involves “sleeping ghosts” that allow players to send a swarm of ghosts to other players’ games.

Additionally, there are four power-ups in Pac-Man 99 including speed, strength, standard, and train. The four targeting options include random, hunter, knockout, and counter which allow players to target certain opponents with the ghost swarm.

Pac-Man 99 is a free-to-play game and can be pre-loaded right now from the Nintendo eShop on the Nintendo Switch as the game will release tomorrow morning in India. Unfortunately, Nintendo eShop is not available in India yet. To access the online store in India, you will need to set up an account with a US address.