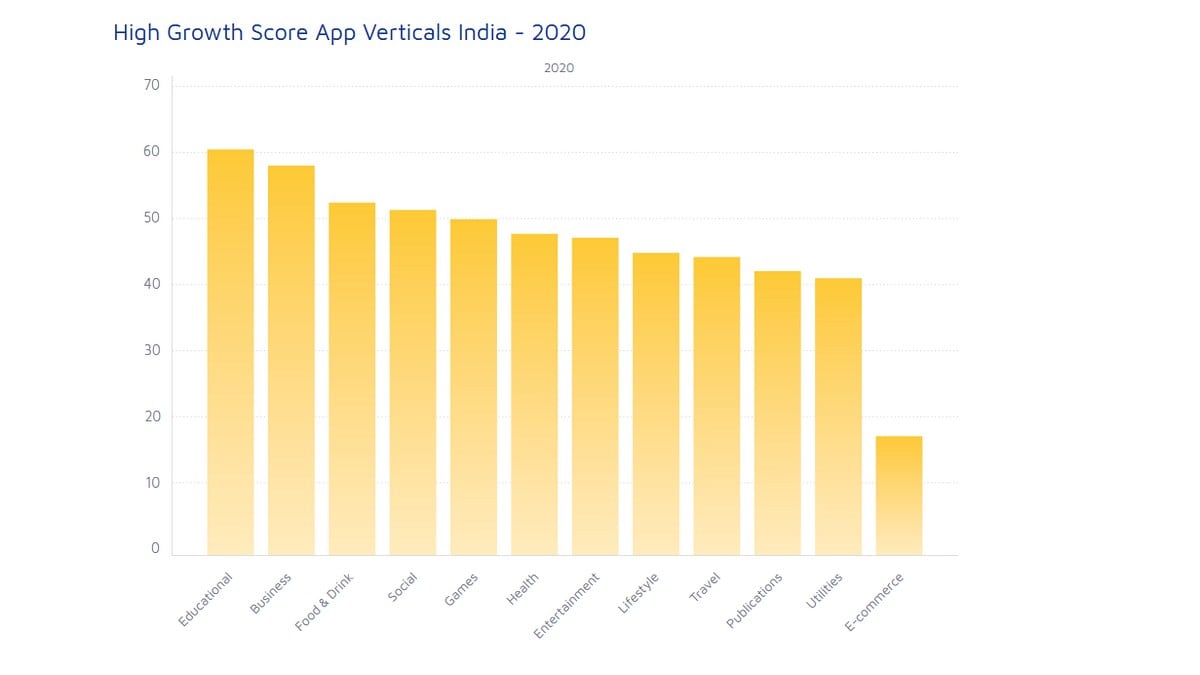 India was the fastest-growing app market across the globe in 2020 according to the data shared by mobile market research company Adjust. The latest analysis shows India saw significant growth – 49 percent – in 2020 compared to 2019 in terms of mobile app growth. The fastest growing vertical in India in the mobile app space was education, while gaming seems to be growing relatively slowly compared to other countries, even though it was the vertical that saw the highest overall growth.

As per the data shared by Adjust, a mobile market research company, India was the fastest growing region in the world in terms of mobile app growth. It grew by 49 percent in 2020 compared to 2019 where India fell in the middle of the pack among other countries like Argentina, Brazil, Thailand, Spain, Italy, Saudi Arabia, Egypt, and many more. When it comes to apps and games, India saw the highest growth while Argentina saw the highest growth in just gaming.

According to Mobile Marketing Association India, there were 700 million unique mobile phone subscribers in the country out of which 451 million were Internet users. It was also found that education was the fastest-growing app vertical in India followed by business apps, food apps, social apps, and then games. Gaurav Shitak, Vice President and Head Digital Marketing at Sharekhan noted that gaming is seemingly “growing less rapidly in India than in the rest of the world” — or it could just be that other verticals outpaced games in terms of growth.

Even though COVID-19 lead to an increase in mobile shopping across the globe, ecommerce saw relatively low growth in India in 2020. Additionally, entertainment was the seventh highest growing vertical in India with a relatively small gap between it and education. Associate Vice President Marketing at Sony Pictures Networks India noted that India is among the strongest growing areas for streaming/ OTT in the world.

Overall, the gaming vertical saw the most growth across all the countries and Argentina lead the pack with over 60 percent growth compared to the previous year. It was followed by Vietnam, Brazil, China, Mexico, Colombia, and other countries. India was at the 12th spot when it came it growth in gaming.

Hogwarts Legacy, Like a Dragon Ishin, and More: February Games on PC, PS4, PS5, Switch, Xbox One, Xbox Series S/X
88 NFTs Inspired by 1st Artwork to be Sent on Moon Slated For March Release
Apex Legends Mobile Is Shutting Down in May, EA Won’t Offer Refunds for In-Game Purchases
Say goodbye to stress
Bloomberg Live: What’s Next For Crypto?